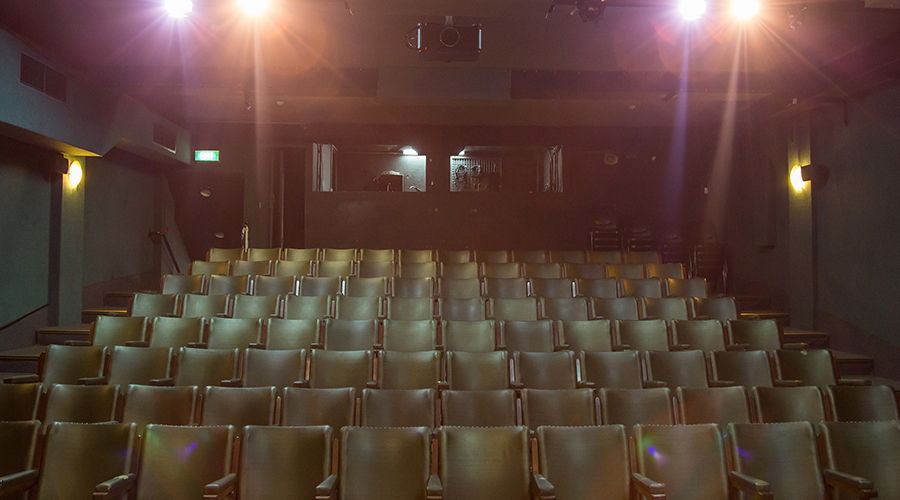 The Lumen Room – located on the ground level of Metro Arts – has remained an iconic independent cinema, having screened movies regularly since 1980.

Kristian Fletcher has presented movie events in Brisbane for over nineteen years and hosted screenings at Metro Arts since 2004.

“See these cult classic movies with an audience, the way they were meant to be experienced,” Fletcher said.

“This could be the final chance to see a movie at Metro Arts”.

1990s MOVIE MARATHON – Friday 22 November
TEENAGE MUTANT NINJA TURTLES (1990) – screening 5.30pm
Four teenage mutant ninja turtles emerge from the shadows to protect New York City from a gang of criminal ninjas.
SCREAM (1996) – screening 7.15pm
A year after the murder of her mother, a teenage girl is terrorized by a new killer, who targets the girl and her friends by using horror films as part of a deadly game.
PULP FICTION (1994) – screening 9.15pm
25th Anniversary Screening with pre-movie costume comp & twist contest!
The lives of two mob hitmen, a boxer, a gangster & his wife, and a pair of diner bandits intertwine in four tales of violence and redemption.

HEATHERS 30TH ANNIVERSARY SCREENING – Friday 6 December 9.45pm
In order to get out of the snobby clique that is destroying her good-girl reputation, an intelligent teen teams up with a dark sociopath in a plot to kill the cool kids.
Winona Ryder and Christian Slater star in this 80s cult classic!

JUDY GARLAND SPECIAL – Saturday 21 December 1pm
MEET ME IN ST LOUIS
Matinee screening of the 1944 musical starring Judy Garland
In the year leading up to the 1904 St. Louis World’s Fair, the four Smith daughters learn lessons of life and love, even as they prepare for a reluctant move to New York.

BEETLEJUICE – Saturday 21 December 3.15pm
Matinee screening of Tim Burton’s 1988 cult movie classic!
The spirits of a deceased couple are harassed by an unbearable family that has moved into their home, and hire a malicious spirit to drive them out.

TRASH MOVIE DOUBLE FEATURE – Saturday 21 December
Back to back screenings of the contemporary trash movies
BIRDEMIC (2010) – screening 5pm
A horde of mutated birds descends upon the quiet town of Half Moon Bay, California. With the death toll rising, Two citizens manage to fight back, but will they survive Birdemic?
Tommy Wiseau’s THE ROOM (2003) – screening 6.45pm
Dubbed the ‘Citizen Kane of bad movies’, don’t miss Tommy Wiseau’s so-bad-it’s-good film in all its glory; a piece of cinema so awful that it has become a cult phenomenon!
Audiences around the world have embraced Wiseau’s film, dressing up as their favourite characters, throwing plastic spoons at the screen and yelling insulting comments about the quality of the film.
THE ROOM is a truly unforgettable film with glaring plot holes, strange editing and a bizarre lead performance from Wiseau himself.
Set in San Francisco, THE ROOM tells of a love triangle involving Johnny, his friend Mark, and Johnny’s fiancée Lisa – who is sleeping with both men!