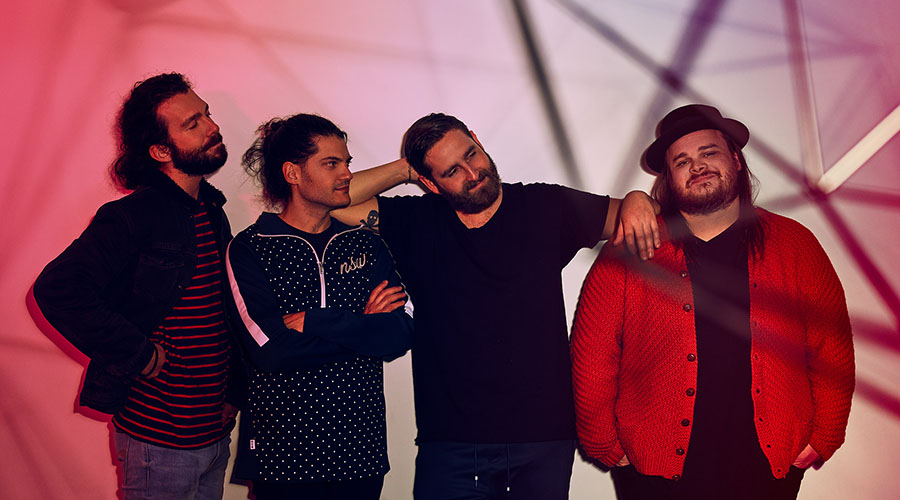 Check out Kingswood’s new single Messed It Up

We have all been down there, you know that road… the gravelly one where you mess up the great love of your life, doing what seemed right at the time, living to regret your choices from that day forward. Never moving on, never letting go, holding on to the bittersweet feeling of hope and hopelessness.

Messed It Up is the first taste of album #3 from Melbourne favourite dreamboats, Kingswood. Currently under construction across four studios in Sydney and Nashville. Premiering on triple J, Messed It Up — all sinewy synth-soul compulsion with a restless rock undertow — presages another stunning act of evolution from a band who effectively weave thunderous serpentine space-rock and smouldering falsetto R’nB.

Kingswood have been recording with Nashville producer Eddie Spear (U2 / Lady Gaga / Kelly Clarkson / Brandi Carlisle / Anderson East / Europe / Kaleo) who has effectively been playing the “fifth Beatle” to the band’s creatively democratic, relentlessly expanding visions for the future of rock’n’roll.

With a new manager Damo Costin (VVV Management /123 Agency Director) by their side, Kingswood will wrap up 2018 with a highly anticipated debut appearance at Mondo NYC in early October, followed by extensive touring through the US and Europe.
www.facebook.com/KINGSWOODmusic