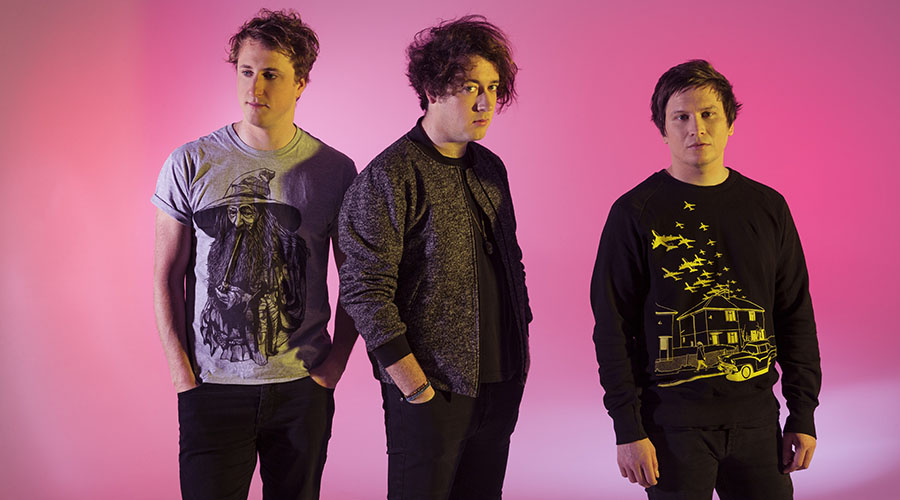 2017 marks 10 years since Alt pop trio The Wombats released their debut record A Guide To Love, Loss & Desperation. These shows will be a celebration of all things The Wombats and showcasing a selection of the bands biggest hit across Glitterbug, This Modern Glitch and will close with all of your favorite tracks off A Guide to Love, Loss and Desperation.

A message from The Wombats:
“Hey Australia, so we’re playing Groovin’ the Moo this year and we thought whilst we were over it would be rude not to do some sideshows as we’re celebrating 10 years since the release of our 1st album! Our 1st baby is 10, we can’t believe how much he’s grown. We look forward to having a few massive birthday parties for the little blighter. Hope you can make it! – PS New music coming this year!”

The Wombats have an uncanny knack for writing incredibly catchy songs. A Guide To Love, Loss and Desperation, featuring indie-rock cult classic ‘Lets Dance to Joy Division’, is a witty collection of dance floor-filling indie pop gems that are loaded with savvy pop culture references, angsty coming-of-age observations and utterly infectious hooks. Selling over a million copies worldwide, the album went platinum in the UK and Gold in Australia, soared up the heart-seeker charts in the US, and was the triple j feature album of December 2007.

It’s no secret Australia has always had a love affair with The Wombats; selling out and upgrading multiple shows across the country and delivering massively energetic festival sets at The Falls Music and Arts Festival, Groovin’ the Moo and Splendour in the Grass. Don’t miss your chance to celebrate the album that debuted indie-rock royalty The Wombats plus all of their biggest hits, get your tickets now!