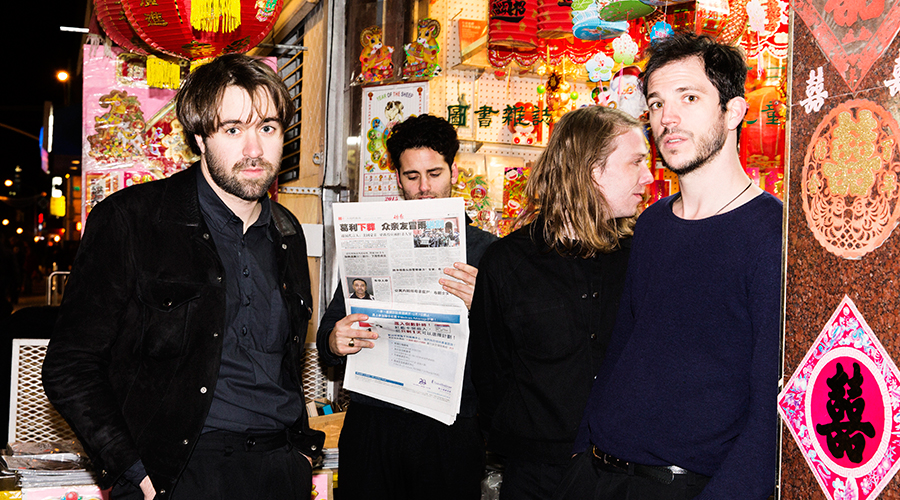 Few modern British guitar bands have had such an instant impact as The Vaccines. They land in Australia next month to join their good pals Mumford and Sons on their East Coast tour, and have just announced a headline show in Brisbane at The Triffid.

Hailed as the “saviors of guitar bands” alongside The Strokes and The Libertines, emerging in the summer of 2010 with blend of retro surf punk, Ramones guitars and Everly Brothers pop hooks, their high octane, ultra-melodic sound saw them instantly adopted as the hot new guitar band on the block.

The London four-piece – Justin Hayward-Young (vocals/guitar), Freddie Cowan (guitar), Arni Arnason (bass) and Pete Robertson (drums) had only formed in early 2010, but in early 2011, debut album ‘What Did You Expect From The Vaccines?’ quickly achieved platinum status (watch their performance of hit single ‘If You Wanna’ here). Just 18 months later, the follow-up, ‘Come Of Age’, hit Number One (watch the clip for ‘No Hope here).

The Vaccines’ game-changing third album ‘English Graffiti’ released May of his year embodies elements of the old sound merged with a completely different sonic palette, and are some of the best songs of their career thus far!