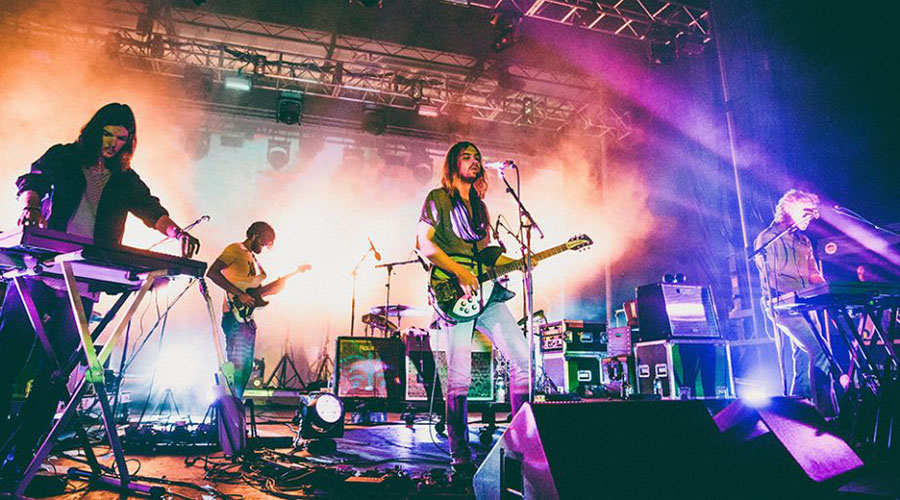 Led by multi-instrumentalist Kevin Parker, Tame Impala have established themselves as one of Australia’s most astounding live acts. A meditative, light-infused party of psychedelic euphoria, their live experience is world renowned – last year impressing at prestigious headlining slots such as Coachella, Glastonbury, Primavera, and Splendour in the Grass.

In response to the bushfires currently ravaging Australia, Kevin Parker has announced that a donation from Tame Impala’s 2020 tour will be made to bushfire relief efforts, saying –

“I’ve been hanging out to tour Australia for a long time now so I’m super excited to be able to finally be able to announce. In the past few weeks I’ve been devastated to see what’s been happening with the fires at home and we want to do our bit to help, so we’re going to be donating $AUD300,000 to bushfire relief charities.

We’ve all seen so many generous donations coming in from all around the world, which is amazing. We’re still working through exactly where the dollars will go but I want to ensure that no charity in need during this time is overlooked and that our contribution is helpful for both human and wildlife victims, as well being used actively in climate change research and bushfire prevention.”

This April, fans will experience songs from the highly anticipated new album, The Slow Rush to be released February 14. Tantalising with shimmering singles, the most recent ‘Lost in Yesterday’ is “swimming in nostalgia and hooked on a funky rhythm section” (Billboard).

In the wake of No.1 ARIA charting album Currents, Tame Impala’s last Aussie tour in 2015 saw them sell out venues across the country, including an iconic Sydney Opera House forecourt appearance. Debuting smash hit ‘The Less I Know The Better’ on tour that year, the anthemic song has accumulated over 450 million streams.

KHRUANGBIN return after last year’s in-demand Australian tour, which saw them add shows and upgrade venues. On their upcoming visit, they will bring songs from 2019’s Hasta El Cielo, along with ‘Texas Sun’, a recent collaboration with fellow Texan, Leon Bridges. A mix of Thai-surf punk, Persian rock music, 1980’s Algerian symphonia, with a dash of disco, soul, and Balearic music, their hypnotic live show is not to be missed “rich in beautiful psychedelic colour, by extension, it celebrates international culture and unity.” – The Line of Best Fit

Sure to be one of the most exciting tours of the year, experience Tame Impala’s triumphant return across Australia and New Zealand this April!