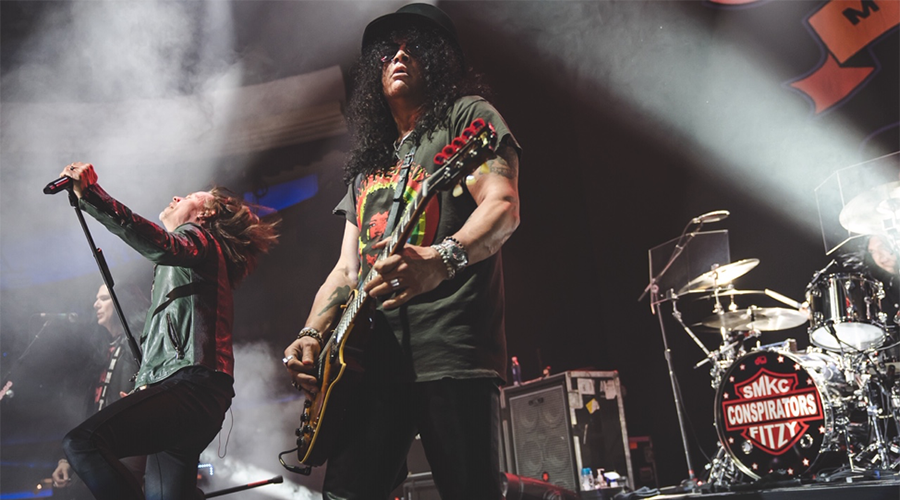 Slash is returning to Australia with Myles Kennedy & The Conspirators!

The Australian Tour will support the release of Slash’s fourth solo album, Living The Dream released on Slash’s own label Snakepit Records in partnership with Sony Music Australia which debut at #4 on the ARIA Album Chart.

Slash has amassed album sales of over 100 million copies, garnered a GRAMMY Award and seven GRAMMY nominations and was inducted into the Rock and Roll Hall of Fame. Slash Ft. Myles Kennedy & The Conspirators released the critically acclaimed Apocalyptic Love (2012) which stormed the Australian ARIA Chart at #2 and certified as an ARIA Accredited Gold album, Billboard Top 200 Albums Chart debuting at #4 as the top rock album.

Make sure you become part of the latest chapter in this band’s story when Slash Ft Myles Kennedy & The Conspirators grace a stage near you.