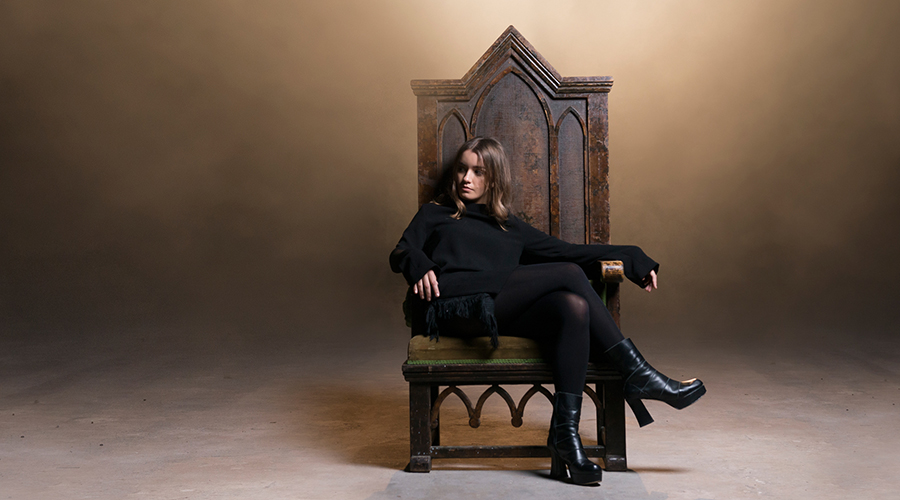 Eves the Behavior, one of the most exciting young Australian artists to emerge in 2015 announces she will be bringing her lush, pop experiments to the stage, performing two intimate headline shows in Melbourne and Sydney in September.

Fresh from her incredible performance at Splendour In The Grass, Eves the Behavior opened day two of the Mix-up stage and played to an adoring crowd at the packed out tent. Showcasing new material from her recently released self-titled EP, Eves the Behavior ’s performance garnered a stack of rave reviews with the likes of The Music declaring of the performance “a remarkable thing to behold…Hannah Karydas, cuts loose with a polished run of sultry, soulful pop tunes”; triple j “sounding super-confident debuting sultry new material” as well as Casual Band Blogger “Eves The Behavior proved why she is the up and coming Australian queen of pop”.

Eves the Behavior ’s stunning four track EP was released July 24 via Dew Process / UMA and features previously released singles ’TV’ and ‘Electrical’, both of which became fast favorites at triple j and have gained in excess of 1.5million total combined plays online, as well as brand new track ‘Digging’ plus a remix of ‘TV’ from the hands of producer / Warpaint drummer Stella Mozgawa.

Don’t miss Eves the Behavior  when she performs in Melbourne and Sydney in September. Special guests to be announced, dates are below, tickets on sale now.

“Hannah Karydas (a.k.a. Eves the Behavior) is something of a lyrical wunderkind…” – The Line of Best Fit

“Despite Eves the Behavior’s enigmatic exterior what lies beneath… is a strong sense of artistic worth and an open command of her performance… Karydas’ take on ethereal pop really is accomplished beyond her years.” – EQ Music