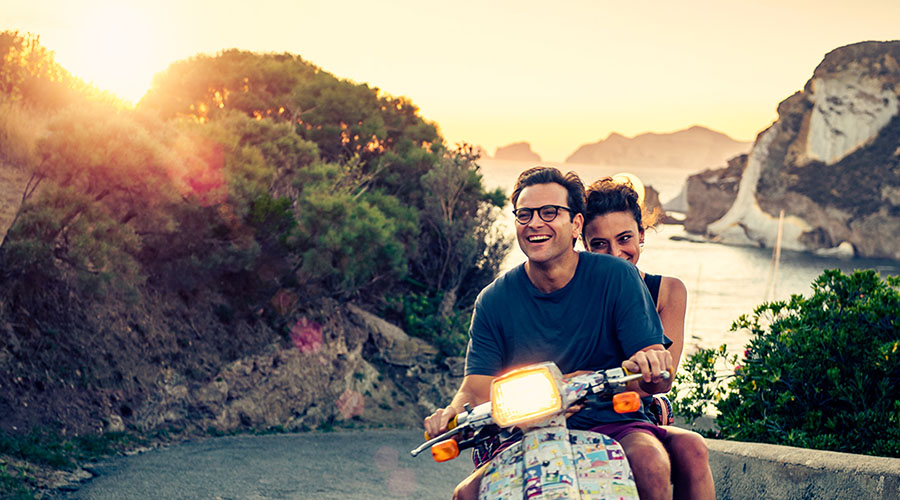 The 2022 ST. ALi Italian Film Festival presented by Palace, Australia’s pre-eminent event celebrating the culture and cinema of Italy, returns this Spring, promising to transport viewers on a favoloso escape to Italy. It is with much delight that we reveal the full festival line-up which will screen in Sydney, Melbourne, Brisbane, Perth, Adelaide, Canberra and Byron Bay exclusively at Palace Cinemas, Cinema Nova, Palace Nova and Luna Palace cinemas from September 13.

The ST. ALi Italian Film Festival, presented by Palace, will open with the Australian premiere of Italian Box Office hit BELLI CIAO from popular comedy duo Pio and Amedeo. It follows two formerly inseparable friends who reunite in their hometown in Puglia after years apart, resulting in an entertaining north vs south culture clash.

Closing the festival this year will be the Oscar-winning trilogy of romantic comedies YESTERDAY, TODAY AND TOMORROW (Ieri, oggi, domani) starring the inimitable Sophia Loren and Marcello Mastroianni. From acclaimed director Vittorio De Sica, this classic will be a fitting way to bid arrivederci to the festival. It also forms part of the Spotlight on Naples, the heartbeat of Italian Cinema, the festival sidebar presented by the Italian Cultural Institute Melbourne. Many films from this year’s selection were either filmed in Naples and/or from or featuring Neapolitan stars or directors, including this classic from 1963 which opens in bella Napoli.

From Official Competition in Cannes comes this year’s Festival Centrepiece: Mario Martone’s new drama NOSTALGIA, featuring a superb performance from Pierfranceso Favino, about a man who returns to his hometown of Naples after forty years and rediscovers the city’s codes and rules, facing a past that haunts him.

Two exciting announcements are the Special Presentation films coming direct from their world premieres at major international film festivals: LORD OF THE ANTS (Il signore delle formiche) starring Luigi Lo Cascio direct from its In Competition screenings at the prestigious Venice International Film Festival, is a powerful new drama based on the 1968 trial of Aldo Braibanti, a Roman intellectual whose relationship with a younger student caused a nationwide scandal; and THE HUMMINGBIRD (Il colibri), Francesca Archibugi’s star-studded ensemble drama led by Pierfrancesco Favino which follows its main character from childhood to adulthood exploring the relationships that have criss-crossed his life over the years, direct from its Gala screening at the Toronto International Film Festival and screening in the festival from October.

Three excellent documentaries will be screening this year, including the not to be missed ENNIO – THE MAESTRO (Ennio). From Oscar-winning director Giuseppe Tornatore (Cinema Paradiso, Malena) it celebrates the life and legacy of the legendary Italian composer Ennio Morricone and features interviews with Oliver Stone, Quentin Tarantino, Bernardo Bertolucci and Hans Zimmer, plus the man himself prior to his death aged 91. There will be two special musical tribute events in Melbourne and Sydney at The Astor Theatre and Chauvel Cinema which will pay homage to Morricone’s amazing body of work.

SALVATORE: SHOEMAKER OF DREAMS directed by acclaimed filmmaker Luca Guadagnino (Call Me By Your Name) charts the rise of Italian shoemaker to the stars, Salvatore Ferragamo, in this love letter to the fashion icon. Tracing the birth of the Roman Empire, POWER OF ROME charts the marvels of the city and its history led by Roman native Edoardo Leo.

Festival favourite Toni Servillo features in three films – he is the lead in THE KING OF LAUGHTER (Qui rido io), and has major roles in THE INNER CAGE (Ariaferma) and CASANOVA’S RETURN (Il ritorno di Casanova). Winner of Best Director and Best Screenplay at the 2022 Nastri d’Argento Awards, THE KING OF LAUGHTER is a dazzling biography of Neapolitan comic theatre legend Eduardo Scarpetta, played by Servillo. A suspenseful drama about a group of prisoners and their guards in a remote prison, THE INNER CAGE won Best Original Screenplay and Best Actor for Silvio Orlando, who plays opposite Servillo, at the 2022 David di Donatello Awards. CASANOVA’S RETURN tells the story of a film director and a Venetian libertine who both grapple with the fact that they’re over 60.

Other highlights of the 2022 ST. ALi Italian Film Festival include:
3/19 – An intriguing new drama from Silvio Soldini in which a successful lawyer is involved in a traffic accident that results in the death of a young immigrant.

A GIRL RETURNED (L’Arminuta) – Based on a 2017 bestselling novel, this entrancing drama tells the story of a 13-year-old girl who unwillingly returns to the biological family she never knew in 1970s central Italy.

BLACKOUT LOVE – In this biting romantic comedy, Anna Foglietta plats a commitment phobic volleyball coach who has her life completely figured out, never looking back on her past relationships, until one day her ex reappears in her life.

BREAKING UP IN ROME (Lasciarsi un giorno a Roma) – An homage to the Italian capital, this heartfelt romantic comedy directed by and starring Edoardo Leo delves into the difficulties a couple faces when they separate after many years living together.

ON OUR WATCH (E noi come stronzi rimanemmo a guardare) – Taking aim at the technology multinationals that have transformed our modern world, this sci-fi comedy follows an up-and-coming manager who accidentally makes his job superfluous and must work as a delivery rider to get by.

SUPERHEROES (Supereroi) – Jasmine Trinca and Alessandro Borghi star as a mismatched couple in this tender drama from Perfect Strangers director Paolo Genovese which follows a passionate love story set over a decade.

SWING RIDE (Calcinculo) – When a fairground sets up outside her window, 15-year-old Benedetta develops an unlikely friendship with someone working there who defies gender norms and she begins a journey of discovery.

THE CODE OF SILENCE (Una Femmina) – Inspired by the true stories of women who stood up to the ‘Ndrangheta, this evocative drama about a young girl learning the truth of her mother’s death is a powerful story of resistance.

THE GREAT SILENCE (Il silenzio grande) – A screen adaptation of best-selling writer Maurizio De Giovanni’s stage play, this Naples-set story from Alessandro Gassmann follows a once well-off family that is selling their house and must face up to their own secrets and silence.

THE LEGEND OF THE CHRISTMAS WITCH 2: THE ORIGINS (La Befana vien di notte 2: Le origini) – Set in the 18th century, this prequel to the hugely successful comedy The Legend of the Christmas Witch, tells the origin story of the Befana, featuring an excellent ensemble cast including Monica Bellucci.

THE PERFECT DINNER (La cena perfetta) – Suspense and a pinch of romance are the ingredients of The Perfect Dinner, a delicious comedy about a Neapolitan mafioso who is sent to Rome to launder money through a restaurant, crossing paths with a chef who dreams of winning a Michelin star.

THE SHADOW OF THE DAY (L’ombra del giorno) – After the declaration of racial laws in Fascist Italy, a restaurateur’s life changes when a girl with a dangerous secret starts to work at his restaurant in this dramatic love story starring a smouldering Riccardo Scamarcio and rising star Benedetta Porcaroli.

WITH OR WITHOUT YOU (Una relazione) – A romantic comedy that upends the way of viewing the crisis of a relationship, by following a couple who, after 15 years together, decide to separate amicably.

And as previously announced, the festival will be honouring the centenary of the birth of celebrated auteur Pier Paolo Pasolini in a retrospective presenting three of his iconic film adaptations of literary works: THE CANTERBURY TALES (I racconti di Canterbury) on its 50th anniversary, ARABIAN NIGHTS (Il fiore delle mille e una notte) and THE DECAMERON (Il Decameron) presented by Italian Cultural Institute Sydney.

The return of the festival is welcome news for naming rights sponsor ST. ALi. Lachlan Ward, co-CEO and co-owner said “Supporting the arts is paramount for ST. ALi. Supporting the Italian Film Festival is one the biggest highlights of the year for us.”

Festival Director Elysia Zeccola added “It’s that time of year when we emerge from our wintery cocoons to embrace Spring and take a cinematic trip to Italy! Join us at the cinema for a ST. ALi Coffee, vino or aperitivo, as we share the enjoyment of seeing films on the big screen together.”