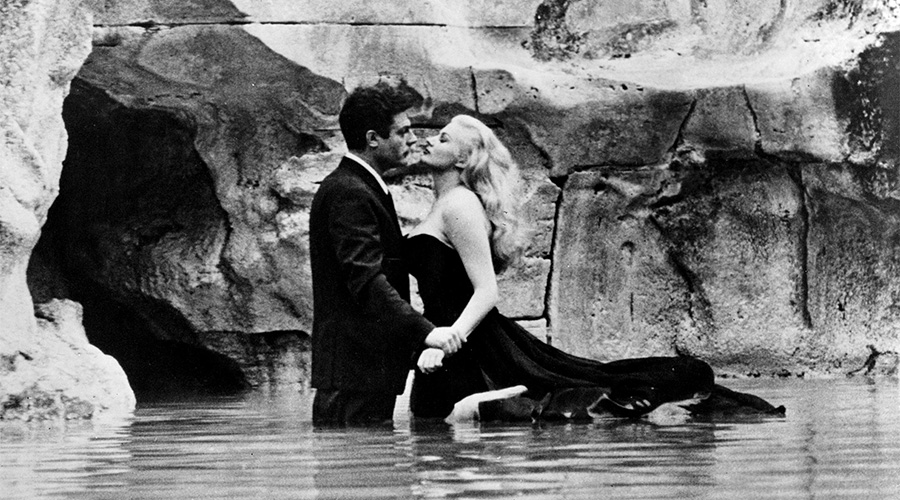 ROMA! The Screen Life of the Eternal City Film Season at ACMI

This summer, ACMI reveals the real Rome, as it was, and as it is today, beyond the lavish ruins and charming piazzas. ROMA! The Screen Life of the Eternal City mines the distinct and evolving imaginings of the Eternal City, screening from 6 February to 1 March 2015.

Immortalised by Hollywood when Audrey Hepburn took a ride on Gregory Peck’s Vespa, Rome remains a beguiling enigma for audiences worldwide. Commenting on the season, ACMI’s Film Programmer, Roberta Ciabarra said: “Looking as far back as the 1950s to films by Italian directors, including Fellini, Antonioni, Pasolini and Bolognini, to more recent award-winning auteurs including Gianfranco Rosi and Paolo Sorrentino, ROMA! The Screen Life of the Eternal City goes beyond the Hollywood veneer of Roman Holiday to explore nostalgic and contemporary cinematic visions of Rome.”

In arguably the defining role of his illustrious career, Marcello Mastroianni perfectly embodies the flawed hero of Federico Fellini’s ambitiously conceived and magnificently realised La dolce vita (1960). Playing a disenchanted gossip columnist with a lazy conviction that a higher purpose awaits, Mastroianni cruises the streets of Rome searching for newsworthy stories. In 1962, The New York Times wrote that La dolce vita was “licentious in content but moral and vastly sophisticated in its attitude and what it says.”

Paolo Sorrentino’s sumptuous Best Foreign Language Academy Award®-winning film, The Great Beauty(LaGrande Bellezza) (2013) is an exquisitely crafted ode to the Eternal City that oozes in glorious excess. Echoing Marcello in La dolce vita, Toni Servillo’s Jep Gambardella is a writer prone to bouts of ennui, even as he indulges in Rome’s pleasure-seeking ways. Julie Rigg praised the film for its “dazzling contribution to the cinema of spectacle.”

Gianni e le donne (The Salt of Life) (2011) is actor/director, Gianni di Gregorio’s delightfully wry sequel to Mid-August Lunch (2008). Set in Rome’s picturesque Trastevere district, The Salt of Life follows sixty-something Gianni Brandani (Gianni di Gregorio) as he becomes consumed by the boredom of his role as house-husband. Gianni assumes the guise of a Berlusconian Italian male to reignite his Latin lover credentials. The Oregonian praised The Salt of Life as “perhaps the sweetest movie ever made about a guy trying to cheat on his wife.”

Gianfranco Rosi’s impressionistic Venice Golden Lion-winning Sacro GRA (2013) is the first documentary to ever win the prestigious award. Gentle and unassuming, Sacro GRA takes a humanistic approach to its subjects, who inhabit the 70km ring road, the Grand Raccordo Anulare that encircles Rome. Rosi assembles an intriguing suite of interviewees including a paramedic and an eel fisherman. Screen International commended Rosi for delivering his “most compassionate and satisfying work to date, an impressionistic mosaic of life lived on the margins.”

L’amore in citta’ (Love in the City) (1953) is a portmanteau film by directors Federico Fellini, Michelangelo Antonioni, Alberto Lattuada, Carlo Lizzani, Francesco Maselli, Dino Risi and Cesare Zavattini. Released just before Roman Holiday, but possibly too late in the Italian Neorealist movement to appeal to Italian audiences looking to Hollywood for escapism, the film offers a fascinating snapshot of Roman society through the lens of the then-emerging directors.

Mamma Roma (1962) is Pasolini’s tribute to Roberto Rossellini’s Rome, Open City (1945). Anna Magnani is Mamma Roma, playing a former prostitute whose desperate attempts at upward mobility and determination to raise her son outside her social and economic mire are undermined by her former pimp. Magnani’s volcanic performance as Mamma Roma is driven by a compulsion to better her son’s lot, despite her priest’s admonition that “nothing can come from nothing.” Slant hailed Magnani for delivering “one of the great roles of her career.”

Antonioni’s third instalment in his trilogy on modernity and its discontents after L’avventura (1960) and La notte (1961) is L’eclisse (1962). Making few concessions to narrative or stylistic convention, L’eclisse challenges audiences with its radically transformed view of Rome. Antonioni’s would-be lovers are placed in the eerily unfamiliar EUR district. Ozus’s World Movie Reviews described the film as “a probing, poignant and lyrical essay on romance.”

In L’udienza (The Audience) (1972), Amedeo (Enzo Jannacci) attends a Papal Audience at the Vatican, ruffling clerical feathers when he asks to ‘have a word’ with the Pope. Director, Marco Ferreri recasts the Vatican as a Theatre of the Absurd and his scathing, entertaining satire features an all-star cast including Ugo Tognazzi, Vittorio Gassman and Claudia Cardinale. Supervised by the Museo Nazionale del Cinema (Torino) in collaboration with the Cineteca di Bologna and with support through a crowd-funding initiative, the digital restoration of L’udienza was presented at the 2014 Venice Film Festival and screens exclusively at ACMI in its Australian premiere.