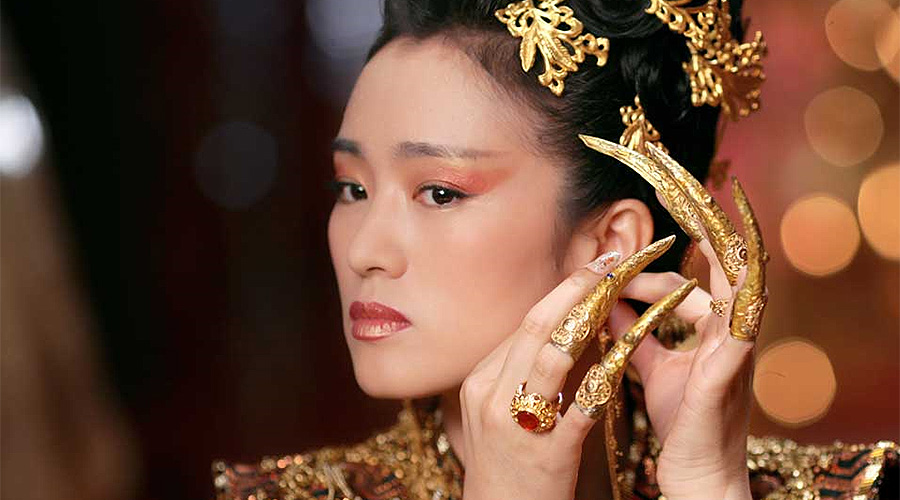 As part of its special China Up Close program, the Australian Centre for the Moving Image (ACMI) is delighted to present Epic Intimacy: The Cinema of Zhang Yimou & Gong Li – a season that celebrates the enduring legacy of the award winning director and his cinematic muse, screening from 6 – 15 March 2015.

Spanning more than three decades, the filmmaking partnership between Zhang Yimou and Gong Li has produced some of mainland China’s most striking imagery and arresting tales. Commenting on the season, ACMI Senior Film Programmer, Kristy Matheson said ACMI was delighted to honour one of cinema’s most dynamic duos.

“Yimou first cast an unknown drama student, Gong Li in his directorial debut, Red Sorghum (1987). From there, a rich artistic collaboration ensued, including Raise the Red Lantern (1991) and The Curse of the Golden Flower (2006). For their latest film, Coming Home (2014), the pair returns for one of the year’s most anticipated releases.”

A stirring drama about a family torn apart by the Cultural Revolution, Coming Home (Gui lai) (2014) was adapted for the screen by Zou Jingzhi (The Grandmaster and Riding Alone for Thousands of Miles). The lives of an aspiring ballet dancer Dandan (Zhang Huiwen) and her school teacher mother Feng Wanyu (Gong Li) are upended when they learn that the family patriarch, Lu Yanshi (Chen Daoming) has escaped the government re-education camp.

Born in 1951, Yimou experienced the revolution first hand. Like many children of educated parents, his life changed when he was sent to the country to work in agricultural and industrial jobs. For his latest film, Yimou explores this monumental aspect of national culture through the eyes of everyday citizens.

In Coming Home, Yimou elicits another fine performance from Gong Li whose portrayal of a woman who has lost everything is extremely moving. “A lot of this film is very much about Gong Li and Yimou,” said Producer Zhang Zhao.  “Coming back together as actress and film director, they are such a legendary couple of the Chinese screen. It’s a great thing.” According to Variety Magazine, “filmmaking doesn’t get more traditional or timeless than Chinese master Zhang Yimou’s Coming Home.”

Epic Intimacy: The Cinema of Zhang Yimou & Gong Li charts the range and depth of Yimou and Li’s filmmaking partnership from 1987 to today. With the exception of the latest film, Coming Home, the entirety of the season will be presented on 35mm film with a number of local and imported prints including Raise the Red Lantern, which will be coming to ACMI from the Academy Film Archive.

Films in the season include:
Yimou’s Tang dynasty epic, The Curse of the Golden Flower (Man cheng jin dai huang jin jia) (2006) is a film of dazzling beauty and scale that boasts an all-star cast including Chow Yun-Fat, Jay Chou and Ye Liu. Gong Li’s portrayal of Empress Phoenix sits at the epicentre of the film. Bold, fearsome and enchanting, she was awarded Best Actress at the 2007 Hong Kong Film Awards.

In Shanghai Triad (Yao o yao, yao dao wai po qiao) (1995), Gong Li stars as a brassy nightclub singer in Yimou’s 1930s screen adaption of Li Xiao’s popular novel, Gang Law. All the glamour and excess of 1930s Shanghai bursts onto the screen in this intricately staged and sumptuously photographed film that was nominated for Best Cinematography at the 1996 Academy Awards® and won the Technical Grand Prize at the 1995 Cannes Film Festival.

Based on Yu Hua’s novel of the same name, To Live (Huo zhe) (1994) tells the story of a noble family who lose their fortune and are swept away by the social-political change that surged through China, firstly with the Civil War and then the Cultural Revolution. Yimou’s epic family drama that spans four decades earned him numerous international accolades including Best Foreign Language Film at BAFTA, the Grand Jury Prize and Best Actor at the 1994 Cannes Film Festival.

Gong Li shines in The Story of Qiu Ju (Qiu Ju da guan si) (1992) as Qiu Ju, a woman of irresistible force in her quest for justice. Winner of Best Film and Best Actress at the 1992 Venice Film Festival, The Story of Qiu Ju marked a significant departure for Yimou who set the action in contemporary China and cast a spotlight on a peasant lead, rather than a noble hero. The film foregoes the director’s overt visual beauty and strips Gong Li of her signature glamour; though it is still imbued with a vitality and comedic charm that demonstrates both Yimou’s and Li’s versatility.
Set in the 1920s, Raise the Red Lantern (Da hong deng long gao gao gua) (1991) is Yimou’s sumptuous drama about the life of a young concubine. Winner of numerous international awards including the 1991 Venice Film Festival Silver Lion for Best Director and the 1992 New York Film Critics Award for Best Foreign Language Film, Raise the Red Lanternmarked Yimou’s second Academy Award® nomination.

Ju Dou (1990) sees the beautiful title character, Ju Dou (Gong Li) married off to Yang Jin-shan (Li Wei), a cruel and tyrannical owner of a rural silk-dying factory.  Selected for the Official Competition at the 1990s Cannes Film Festival, Ju Dou was also the first mainland Chinese film to be nominated for an Academy Award®.

Based on the novel by Novel laureate Mo Yan, Red Sorghum (Hong gao liang) (1987) is set in the northern province of Shandong in the late 1920s. It opens with Little Nine (Gong Li) being transported across the arid plains to greet a wealthy wine-maker to whom she been bequeathed in exchange for a mule. Winner of the Golden Bear at the 1998 Berlin Film Festival, Yimou’s debut film showcased the full force of his talents as a cinematic craftsman and immediately solidified his place, and that of his muse, in world cinema.