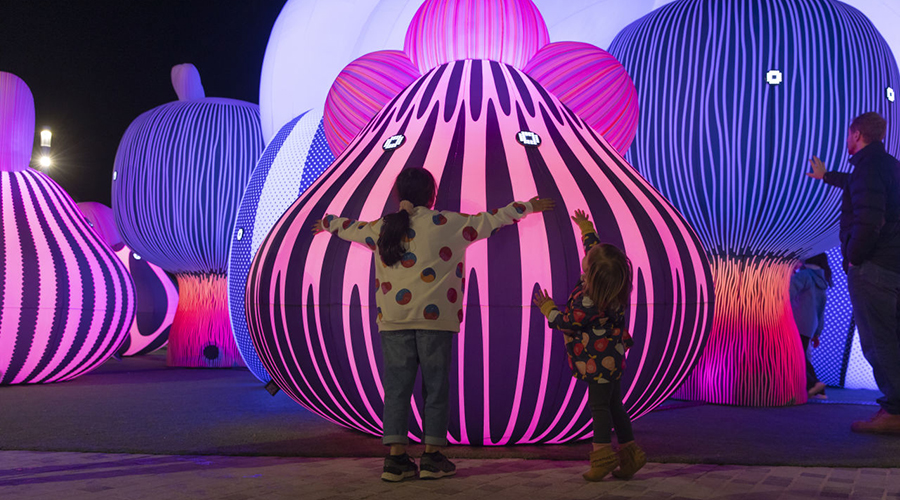 Airship Orchestra is coming to the Brisbane Festival!

​This out-of-this-world multi-sensory installation is a mystical tribe of unearthly characters beamed from the night stars.

With galaxy-streaked skin and stardust-like voices, they beckon visitors inside…

Made from mesmerising inflatables, some as high as six metres, these mystical travellers light up as they perform an arresting choir score that will transport you to another world. If you find eyes following your every move, never fear – they mean no harm.

Landing on Brisbane’s Art Boat for the first two weeks of the Festival before grounding at Northshore, Hamilton for the remainder, Airship Orchestra is set to light up your September days and nights.