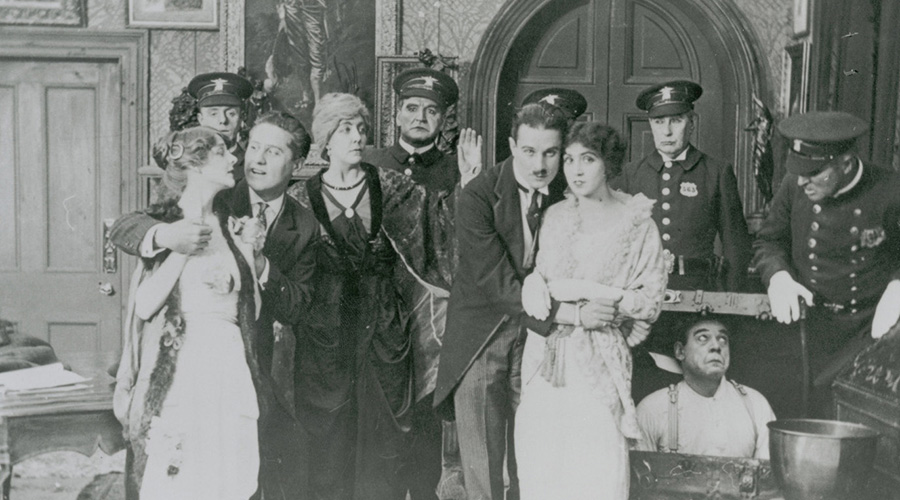 War Pictures: Australians at the Cinema 1914-1918 Exhibition at ACMI

The Australian Centre for the Moving Image (ACMI) in association with the National Film and Sound Archive of Australia (NFSA) has launched War Pictures: Australians at the Cinema 1914-1918. The world premiere free exhibition commemorating the Centenary of the First World War is now showing at ACMI until 26 July 2015.

Visitors will discover what Australians saw when they went to the cinema during the First World War as ACMI’s Gallery 2 is transformed into a picture palace showing fascinating shorts, advertisements, newsreels, propaganda and feature films produced locally and internationally during the War. The exhibition features a screening room and ‘foyer’ area complete with ticket box and ‘ghostly’ cinema worker responding by phone to ticket and film inquiries. The foyer will also contain images of the stars of the day and revealing information about “Lost films” – Australian films made during the War era that no longer survive.

A 63-minute screening program of war and non-war related material incorporates an assortment of film excerpts shown in Australia between 1914 and 1918, each introduced by inter-titles. Music and audio atmosphere tracks have been carefully composed and selected to transport audiences to the cinema-going experience of the early 20thcentury.

One in three Australian men between the ages of 18 and 45 enlisted to fight, so people on the home front felt deeply connected to seeing images of the War. On any given Saturday night in Melbourne 100 years ago, 65,000 people were attending the cinema. Tickets were cheap and programs varied – from Australian and international features, to short comedies, drama serials, ‘scenics’ (or travelogues), ‘industrials’ (documentaries about manufacturing) and ‘war pictures’, which were newsreel and information films about the activities of troops and the progress of the War.

When the War began, Australian filmmakers rushed to align themselves with the government, creating dramas specifically aimed at increasing recruitment, such as Alfred Rolfe’s The Hero of the Dardanelles (1915), which tells the story of Gallipoli and features the iconic Anzac Cove landing scene shot at Sydney’s Tamarama Beach. As the years passed and more lives were lost, war-weary audiences grew sceptical of cinema propaganda and a new genre of home-grown comedies emerged.

For Russell Briggs, ACMI’s Head of Exhibitions & Collections, War Pictures offers a glimpse into how Australians lived a century ago, using the popular films of the day as its focal point.

“We wanted to commemorate the Centenary of the First World War by recreating the ambience of everyday life during wartime. With their friends and family fighting half a world away, people back home had a personal stake in seeing depictions of the War on screen, but they were also looking to Hollywood and the young Australian movie business for entertainment and escape. War Pictures takes you to a cinema palace during these turbulent years and gives you a real taste of what it was like to live in Australia during the Great War,” said Briggs.

The exhibition has been produced with the generous support of NFSA. Michael Loebenstein, NFSA’s CEO said: “The moving image is a very powerful medium – it is humanity’s audiovisual memory. As we approach the Anzac Centenary, we hope that this footage will help audiences understand what life was like in Australia during the First World War. They illustrate the hardships and struggles, but also the news and entertainment that helped people keep up their spirits. We’re excited to showcase these materials in partnership with ACMI.” said Loebenstein.