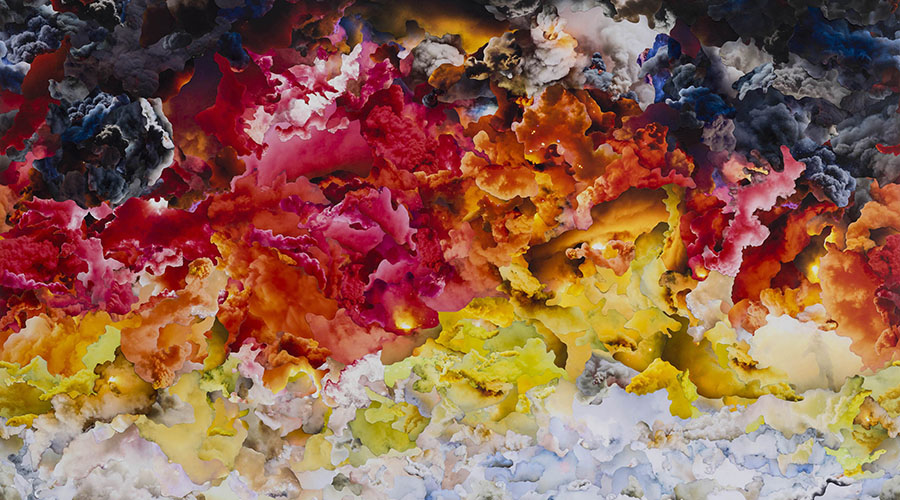 On Fire: Climate and Crisis exhibition at The Institute of Modern Art

On Fire: Climate and Crisis features work by 15 Queensland artists and interrogates the state’s image as a subtropical paradise by considering the themes of global warming and climate threat.

At IMA from 30 January to 20 March 2021, On Fire spans painting, sculpture, immersive installation and video, including eight new commissions, in a timely examination of the past, present and future of the planet’s precarious situation.

Collectively, the works explore the emergence of a new environmental age described by fire historian Stephen Pyne as the Pyrocene: the fire equivalent of an ice age with Australia a major epicentre.

Exhibition curator and art historian Tim Riley Walsh said On Fire was filled with moments of awe and alarm that would shake complacency from visitors and disrupt the narrative around their engagement with the natural world.

“This exhibition reflects a feeling common to many Australians after the devastating Black Summer bushfires; a stark recognition of the fragility of our environment and a building sense of the overlapping threats presented by global warming which seem to grow only more complex,” he said.

“Through the work of these exhibiting artists, I hope visitors will gain insight and perspective into how visual culture helps us to comprehend and even challenge these threats.”

Jemima Wyman’s Haze… is a large-scale digital collage printed on chiffon that collects images of smoke from recent global protests.

The powerful tapestry of activist struggle includes plumes from flares released during Black Lives Matter rallies across the US, tear gas clouds released at pro-democracy demonstrations in Hong Kong and ceremonial smoke following the destruction of Western Australia’s Juukan Gorge by Rio Tinto.

Michael Candy’s Azimuth is a kinetic sculpture that uses UV-C light, a sanitising technology that fights COVID-19. While it can be harmful to humans, gallery visitors will safely view the work from behind a protective screen.