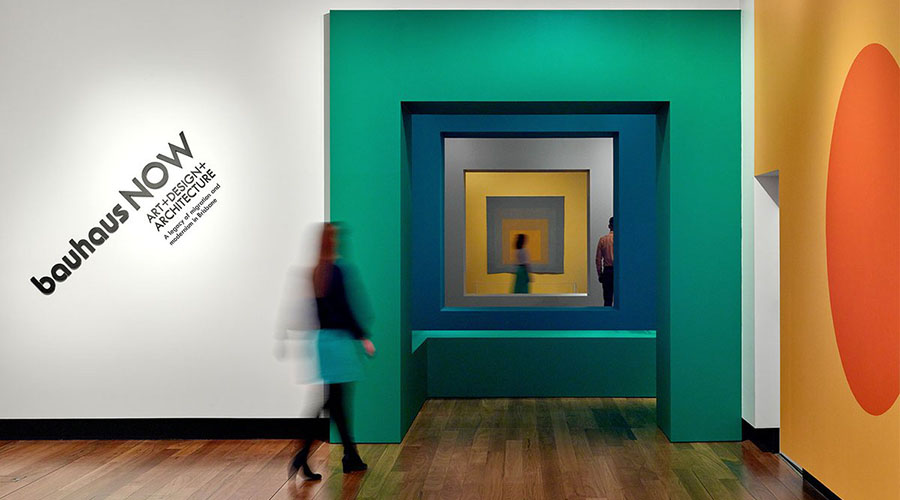 A legacy of migration and modernism in Brisbane.

Bauhaus Now brings to life the little-known story of how revolutionary ideas of the Weimar Republic in Germany influenced modernist art, design and architecture in Brisbane and Australia. The exhibition reveals the migrant and refugee contribution to Australian life and art history in the inter-war period and post-Second World War years.

The famous Bauhaus school started in Germany in 1919 and was closed by the Nazis in 1933. From the 1930s onwards, a significant number of central European, Austrian and German refugees and emigres came to Australia seeking refuge from war and fascism, many of whom were active in arts education. Through these exiles and internees, educational ideas filtered into Australia that revealed the influence of the Bauhaus.

Bauhaus Now features original artworks from this period, plus a series of vivid contemporary recreations that demonstrate both the impact of this movement in Brisbane and Australian art history. The exhibition shows how the legacy of these powerful ideas is being re-interpreted today.

The newly commissioned installation Sunroom: Between Sunrise and Sunset by Paul Bai features at the entrance of the Bauhaus Now exhibition transforming the Dome Gallery, and drawing on Paul’s rich perspectives as an artist and migrant. Also embracing the Bauhaus aesthetic in a local context is an appropriation of Viennese émigré Karl Langer’s Sun Chart (1944) of Brisbane featured as part of the exhibition design by Dirk Yates, of Speculative Architecture.