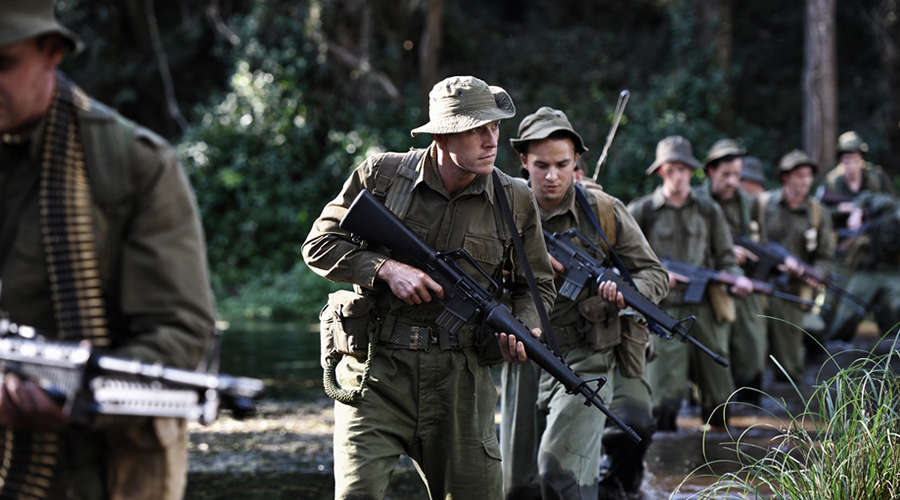 Win tickets to a very special screening of Danger Close: The Battle of Long Tan!

Thanks to Transmission Films we have five passes to give away to a special screening of Danger Close: The Battle of Long Tan!

Starring an outstanding Australian cast including Travis Fimmel, Luke Bracey, Daniel Webber, Nicholas Hamilton, Stephen Peacock, and Richard Roxburgh, DANGER CLOSE: THE BATTLE OF LONG TAN is directed by Kriv Stenders (Red Dog), from a script by Stuart Beattie (Pirates of the Caribbean: The Curse of the Black Pearl, Australia), and is inspired by true events.

The dramatic new trailer follows Major Harry Smith (Fimmel) as he leads a dispersed company of 108 young and mostly inexperienced Australian and New Zealand soldiers as they fight for their lives, holding off an overwhelming enemy force of 2,500 battle hardened North Vietnamese soldiers. Finding strength in each other amid a furious battle, the trailer shows the heroism, mateship and sacrifice made by Delta Company at the Battle of Long Tan, one of the most savage and decisive ANZAC engagements in Australian military history.

Danger Close: The Battle of Long Tan is releasing in Australian cinemas August 8, 2019.

To enter this great competition simply fallout the form below. Please note – these tickets are for a specific event only and can not be exchanged or refunded. The winners will need to be available on Monday August 5 at 6:30pm in Brisbane to be able to attend this event at Palace Barracks Cinema.

Competition will be drawn 1 August 2019, winners will be notified by email.