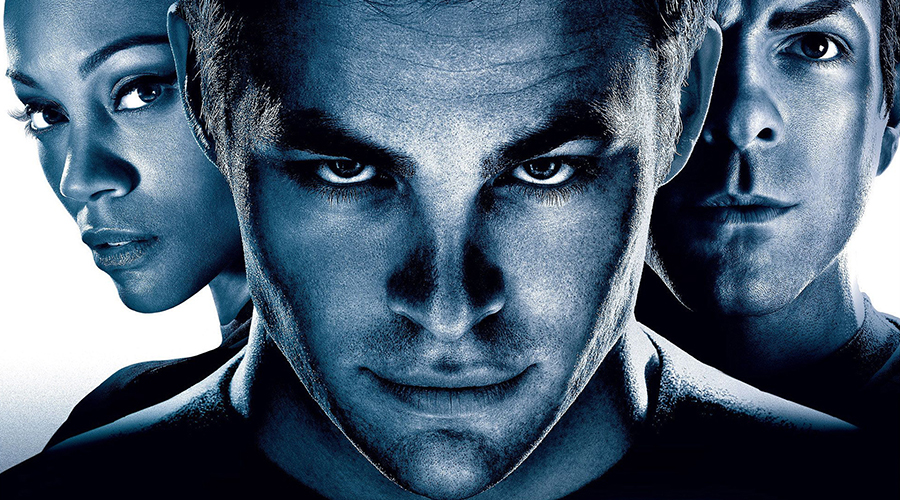 It would be easy to be hypercritical of Star Trek (2009) and tear it apart block by block but this would be contrary to the spirit of the franchise.

It matters nought that the unleashing of a black hole in the midst of our solar system results in little consequence to the neighbouring planets (or galaxies, for that matter); or that Simon Pegg’s Scotty bears zero resemblance to James Doohan; or that an unlikely intra-crew love affair will require some significant (and potentially fascinating) narrative acrobatics in order to segue future franchise installments back into Gene Roddenberry’s timeline. Star Trek is about the fun, the fantasy, and the politics – elements that are tied but loosely to reality – and in this charge, Hollywood hit maker JJ Abrams’ prequel to the seminal 60’s sci-fi TV series succeeds admirably.

The nostalgia factor is high so naturally the proceedings must be commensurate with Trek Lore lest Abrams suffer the hex of a trillion Tribbles. So accordingly Mr. Spock must deliver his mandatory “live long and prosper” line whilst gesturing the corresponding salute; Scotty must declare, “I canna change the laws o’ physics, Capt’n!” (or something similar); the loss of an hitherto unknown crew member must perish during an off-Enterprise expedition; and there must be the obligatory big explodey things, sleek techie space ships, breathtaking hemlines on Uhura’s tunic and mean-looking tattooed aliens resembling Chopper Read. With all the boxes duly and dutifully ticked, the Trekkies/Trekkers/Roddenberrites/Starfleet Cadets (or whatever the hell they call themselves these days) are appeased.

With its young spunky talent and incumbent soap opera tendencies, the film teeters on the edge of Star Trek 90210 but crucially remains on the fun side of saccharine melodrama. The enjoyable cast have a wonderful time caricaturing their celebrated elder selves resulting in a plethora of in-jokes that will keep the fans in giggles. Of particular note is Karl Urban’s playful rendition of Bones McCoy and it’s a credit to Simon Pegg’s performance that he so successfully pulls off his Scotty despite his unDoohan-like appearance. Leonard Nimoy makes his obligatory cameo, indeed the Back To The Future plot seems derived specifically to get him in it; a point further supported by the contrived means by which he is united with the young James T Kirk, subsequently MacGuffining the fledgling Starfleet Captain back into the story. But be that as it may, it’s always a pleasure seeing the big fella with the big voice don the pointy ears just one more time (again). Oddly, though, The Shatâ„¢ is nowhere to be seen.

Gunning for the fun end of the spectrum, Star Trek is undeniably good, solid, undemanding entertainment.