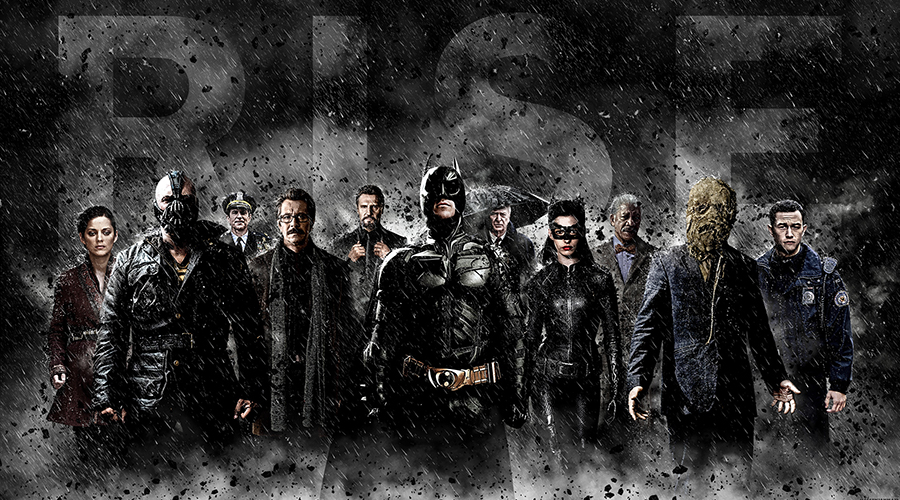 After producing what is probably the greatest comic book adaptation of all time in The Dark Knight, Christopher Nolan returns with the final chapter in his Batman trilogy and the result is, well, slightly disappointing.

The Dark Knight Rises sees Ra’s al Ghul’s League of Shadows try yet again to wipe Gotham City off the map with yet another device developed by Wayne Enterprises. The problem is, we’ve been here before. The films plot amounts to a rehash of ideas from Batman Begins, even the leader of the bad guys is (again) not who he appears to be.

While the ‘Ra’s al Ghul’ storyline was an interesting one in the context of Batman’s origin, it made for a relatively weak finale to Batman Begins and Nolan seeks to take this finale and reimagine it as the entire plot of The Dark Knight Rises. Sure it nicely brings the story full circle and it smartly references contemporary themes of terrorism, economic decline and the destruction of capitalism, but the story is no more interesting the second time around. The simple fact is that Ra’s al Ghul is not as interesting a character as, say, the Scarecrow or the Joker or even Harvey Dent, so it does the film no favours to re-introduce him albeit in another guise.

The film is also hindered by the fact that much of the dialogue is indecipherable. Bane, in particular, is a problem, his voice being muffled by his mask, but any time an action set-piece is underway it’s difficult to hear the dialogue above the din. It is difficult to say, admittedly, if this is a product of the audio mix or the acoustics of my local cinema but it poses a significant problem in following the plot’s finer points.

Thankfully, the strength of all Nolan’s Batman films have been the quality of his characters and The Dark knight Rises is no exception. Indeed, it is the characterisations and the performances of the cast that maintains the superior status of The Dark Knight Rises above the previous (non-Nolan) Batman movies.

Anne Hathaway is a very welcome addition as the unuttered Catwoman, all slinky and beautiful and devious; is there a better looking and more talented actress in Hollywood at the moment? And Joseph Gordon-Levitt is also excellent as Commissioner Gordon’s understudy. Even if his character arc is a tad predictable, we warm to him for the same reasons we warmed to Bruce Wayne. The usual suspects – Christian Bale, Michael Caine, Morgan Freeman, Gary Oldman – deliver brilliant performances so predictably, they barely rate a mention anymore.

The weak link is, of course, Bane (Tom Hardy); not because Hardy isn’t any good but because his character is uninteresting and one dimensional. He looks, sounds and has the emotional depth of Humungus from Mad Max 2.

The Dark Knight Rises is directed by Christopher Nolan so naturally, it’s an extremely competent effort that is entertaining if a little overlong; it’s just a pity that all this brilliantly orchestrated action and engaging character development isn’t taking place within the context of a more engaging and original story.
Stuart Jamieson
www.thedarkknightrises.com