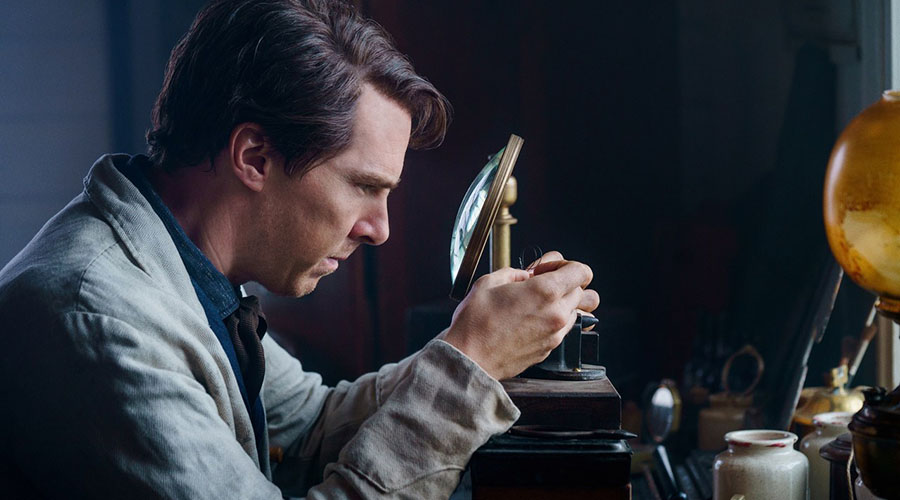 If you were a science geek growing up, you were faced with the same type of question that early rock fans had to answer. With rockers, it was The Beatles or Elvis? with science fans it was Edison or Tesla? For those that knew the facts, That mad genius Tesla, was the easy winner and Edison was rightfully due his more than fair share of scorn. The Current Wars follows a time when the two were locking horns on the public stage.

Originally falling into a release limbo caused by the disintegration of the Weinstein group following Harvey’s deserved fall from grace, The Current War finally sees the light of day on our big screens. Director Alfonso Gomez-Rejon also reasserted some control after discovering a final cut privilege clause in Executive Producer Martin Scorsese’s contract and trimmed down the film before its theatrical release.

The film covers the early period of trying to bring electricity into average homes. Edison (Benedict Cumberbatch) and Tesla (Nicholas Hoult) had opposite views on the way forward, Edison was a proponent of DC or Direct Current electricity and Tesla, AC or Alternating Current. For the intended application, Tesla’s was the superior operating system but that didn’t stop Edison from trying to win in the court of public opinion. He even publicly electrocuted an elephant with AC to show its dangers. Both men were trying to convince American industrialist George Westinghouse (Michael Shannon) of the superiority of their approach.

The filmmakers have tried their best to enliven what was essentially a fairly dry scientific exercise. They are helped in this effort by the ornateness of the times. A time of cool facial hair and bespoke clothing (total hipsters before their time). It’s strange then that they play down how interesting Tesla was in real life and how much of a scoundrel Edison actually was with his behind the scenes machinations. What we are left with is still quite engaging but it feels like it could have been so much more.