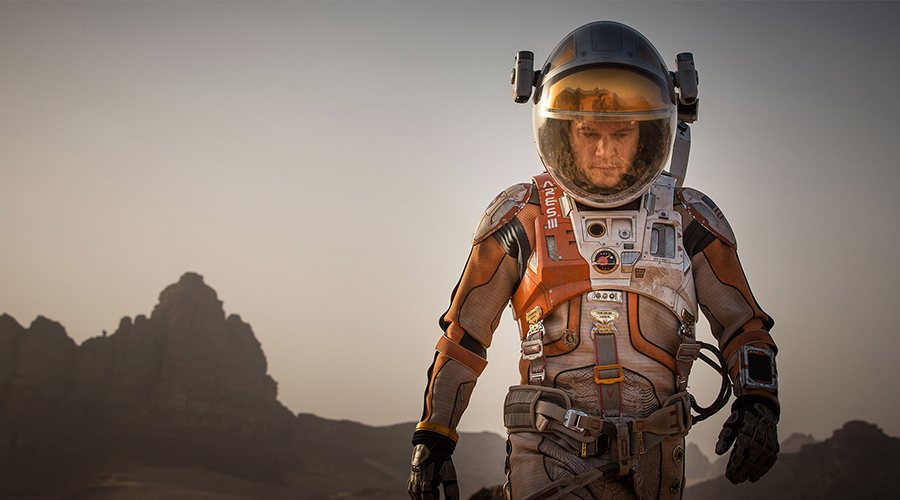 With the recent news coming from the scientific community that there is water on Mars, Ridley Scott’s return to form film, The Martian couldn’t have been released at a better time. It also helps the film’s profile, that it is a very involving and enjoyable experience.

It is equal parts thriller and scientific exploration and focuses on the human resolve to rise to the occasion and survive despite all the odds. Matt Damon is fantastic as the hyper intelligent astronaut that due to circumstance gets left behind on an aborted manned mission on Mars.

His approach to survival is based around his scientific knowledge and raw will to live but it is tempered by irreverence towards his circumstance and to the authority figures that he has to interface with. This provides the film with some genuinely funny moments and gives the viewer that perfect amount of space to relax in before the drama begins again.

Scott takes the raw material of Andy Weir’s book (and the screenplay by Drew Goddard) and uses it as a basis for a real thrill ride of a film. Damon along with an all-star cast that includes Jessica Chastain, Jeff Daniels and Chiwetel Ejiofor also deliver fine performances. This is one of those films that deserves to be seen in the dark on a twenty-meter wide screen.