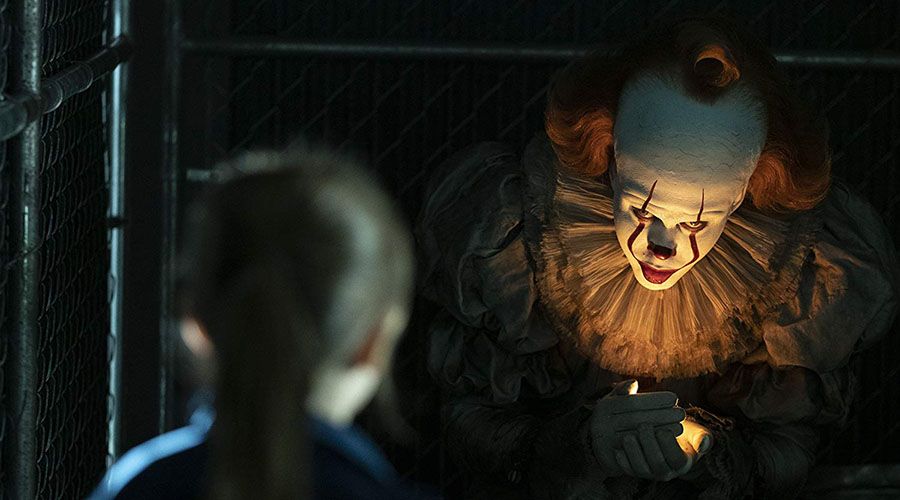 Taking place 27 years after the events in the first edition, It Chapter Two offers a lot of bang for your buck. Delivering more running time, a too long 169 minutes, more special effects, including a deliciously grotesque creature filled scene in a Chinese restaurant and more blood, a lot more blood.

After an almost three decade long hiatus, Pennywise (Bill Skarsgård) is back and the gang gathers once again to investigate. The years have not been good to all and the film takes its time to bring you up to speed with their adult lives. The theme of a lifelong friendship growing out of childhood pursuits is tested.

As is the premise that true horror is created in one’s own psyche and fears. This leads to some very inventive nightmares. It is presented as more creepy than terrifying and relies on a number of movie making techniques to present the visual fireworks. These are seamlessly blended together.

The film relies quite heavily on the audience knowing the characters and their personalities from the first chapter, so it’s a good idea to revisit part one beforehand or dig into the 1138 pages of the book. If you come prepared, It Chapter Two will more than satisfy those with a taste for a heavy helping of Stephen King derived thrills.