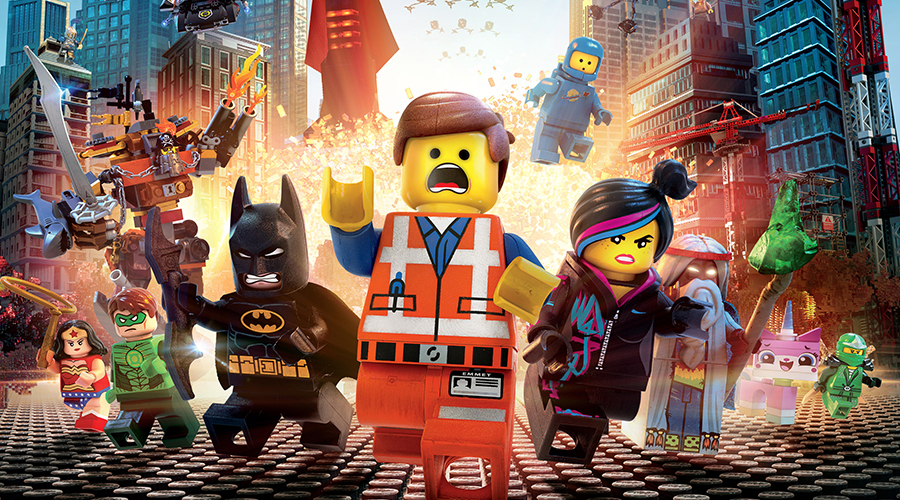 Many films suffer from too many ideas at play, The Lego Movie greatly benefits from this approach. It’s a film that works on multiple levels and one that is filled with so much humor and heart, you would be hard pressed to find anyone not taken in by its charms. It also takes great advantage in being able to incorporate movie icons not usually allowed to roam by their overlords of branding. I’m looking at you Batman (hilariously voiced by Will Arnett in this instance).

The underlying message is a positive one (believing in yourself and seeing greatness in everyday moments) but really even if the theme was completely saccharin, who could take that much offense when it is delivered by yellow plastic beings with hooks for hands!

The jokes fly fast and furious while the filmmakers get the mix of adult humor and childlike wonder spot on. There is also the fun of identifying the voice actors. The list includes Morgan Freeman, Jonah Hill, Liam Neeson and Channing Tatum to name just a few.

Few films released this year will be as guaranteed to entertain the entire family as The Lego Movie. Its wild imagination and chock o block approach never lets up and rarely skips a beat. Just a note to end, for families on a budget, you can feel comfortable in skipping the added expense of 3D screenings as the film works just as well in 2D.