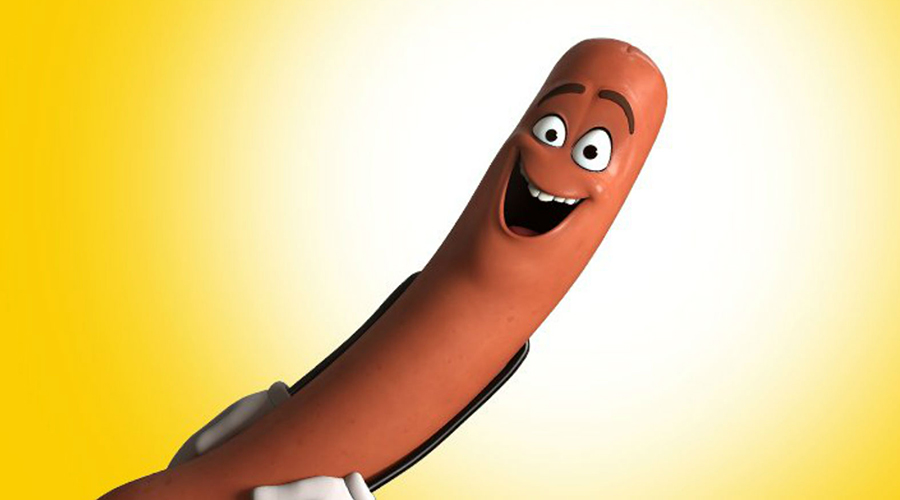 With the proliferation of DVDs, film streaming, at home theatre systems and the usually prolific film industry and its busy box office, the average viewer will have literally thousands of films in the memory bank. Having said that, without a doubt, the new animated film, Sausage Party will have you thinking to yourself, you have never seen anything like it.

It is so surprisingly crude, crass, creative, outrageous and funny, it is literally like nothing you have ever experienced before. It will also provide a great test to see how easily you are offended. It pushes things so far, it becomes a new paradigm. Its R rated status is complete vindicated and I would have loved to have ease dropped on the conversation of explanation between the father and his very young son that I saw attending the preview screening.

The story is set in a Super Market and is told from the standpoint of the items on the shelves. This set up and the animation medium gives the writers, Seth Rogen, Evan Goldberg and Jonah Hill complete freedom to indulge their every whim. There are many times during the film’s 89 minute running time that you ask yourself; how high were these guys when they came up with this stuff.

If you are a film aficionado or even just have a passing interest in movies, you have to see this. Get past your aversion to the animated medium and add this one to your lexicon of films. You may be offended but you will laugh and you will remember this. However the question does remain, where will films have to go to become more outrageous than this.