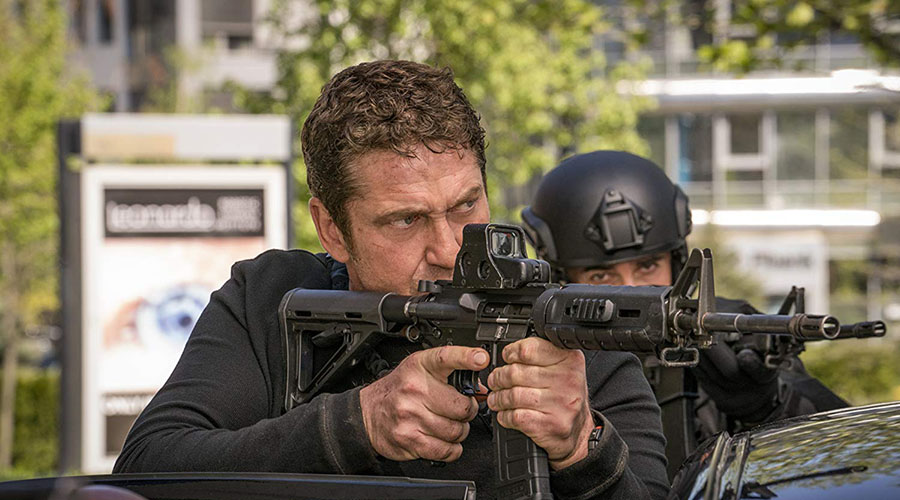 Sometimes after a serious week you just need a blast of movie mayhem, ten metre wide antics with a serious deficiency of intelligence and a disregard for anything remotely resembling common sense. And who better to present this kind of mindless momentum than one of the best one note actors in the biz, Gerard Butler.

It’s all up to GB once again to save God, no I mean Morgan Freeman from harms way. The first threat upon the US President’s life is a drone attack that is staged in a most impressive way with the flying bombs clustering together like a swarm of angry bees. This is just the start of the action.

The attack is blamed on Butler’s character, Secret Service agent Mike Banning who is assigned to the President’s security detail and so he goes on the run to clear his name. The film has so few surprises (other than some interesting casting choices) and the good guys and bad guys are so transparent, you dispense with the story altogether and just enjoy the show.

Things get blown up (an entire wing of a hospital) shot at (just about everybody) and crashed into and it all makes very little sense. It’s just unadulterated action and the brain disconnects is most enjoyable way. Serious? No. Serious fun? Most definitely.