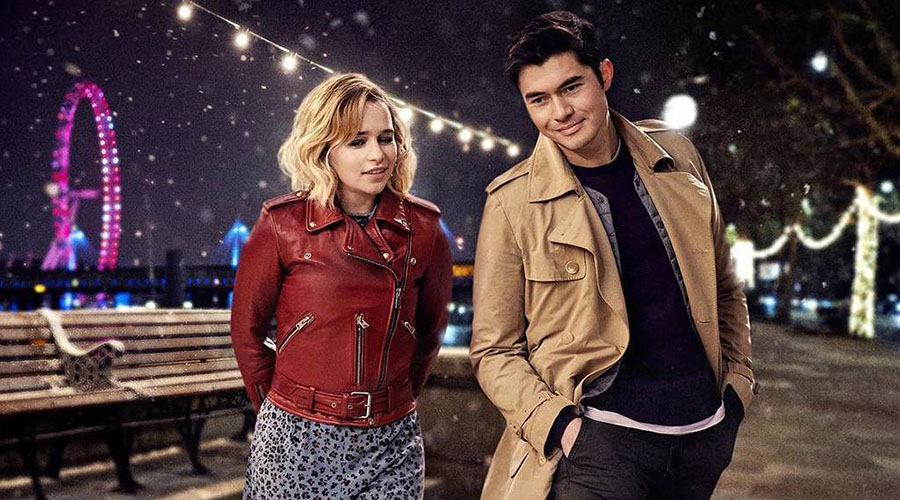 The last thing that Kate (Emilia Clarke) wants to endure is more Christmas cheer. She already has employment in a Christmas decorations only shop, where she pretty much phones it in on a daily basis and in her personal life, she has little to cheer about.

Struggling to recover from a major surgery and enduring a succession of one night stands, she’s a mess. Her self-destructive and selfish streak has alienated her from almost all her friends (and their husbands) and she’s on the outs with her family as well. Hitting a new low by becoming homeless, she really does need a Christmas miracle.

Enter Tom (Henry Golding) a mysterious man she meets outside her place of employment. He gets her and her wise cracking ways. As an on-screen couple, Golding and Clarke have great chemistry together and the script gives them ample opportunity to win you over. The time they spend together gives her hope but there is something that is just not quite right about him.

Giving Clarke’s character a sarcastic wit keeps the film from becoming too saccharin, while her innate charm insures she is not off putting. Other than a few predictable nods to it being a festive film, it’s got a little more edge than most holiday fodder. There is also a twist that some will see coming while others will be blissfully unaware until the reveal. It’s starting to feel a bit like Christmas.