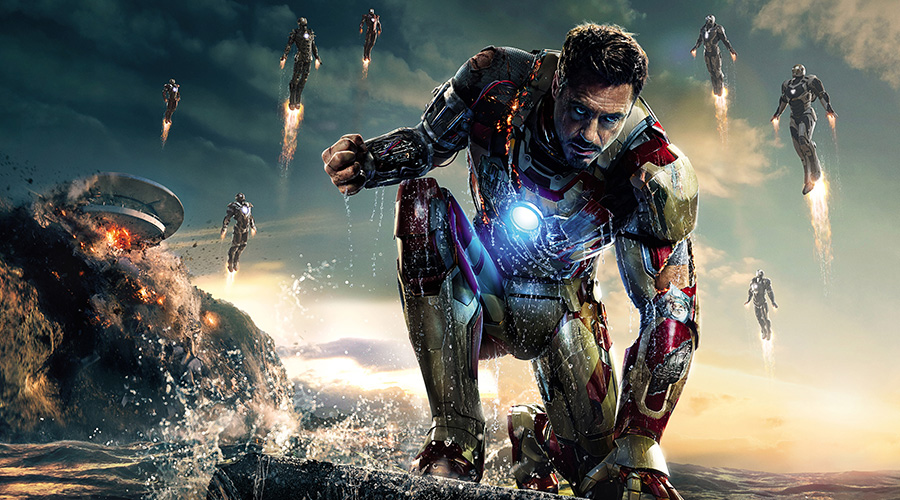 One of the things that the Iron Man franchise has always had over the pack of snarling wannabes was its sense of humour. Many are the superhero flicks let down by a dour sense of seriousness (Hulk or Thor anyone?). In lead man Robert Downey Jr., the world of cinema has a true holder of the it factor and his onscreen charm and humour raises almost anything he’s in a notch or two, good thing too as Iron Man 3 needs all the help it can get.

The first film worked so well at creating Iron Man’s back-story and showed how well certain rock music can lift a film’s energy just by their mere presence. The second film squandered most of that good will with a poor choice of casting and weak story. Welcome round three and in the now almost obligatory for films of this type, 3D format.

Try as the film does for some real surprise story moments and to flush out the main characters lives, it really lets the side down but as an exercise is visual film making it is pretty impressive for now. The real problem with such special effects driven films is that as the technology improves and our internal database of CGI images grows exponentially we soon loose the sense of wonder and are left with just the story to enthral us. This is not one of those films that in the future will be viewed over and over.

The hype and energy of a major release seen in its early days always sways the audience to a more favourable experience and my recommendation is to see this early when the cinemas are full and the combined crowd energy is at its peak.