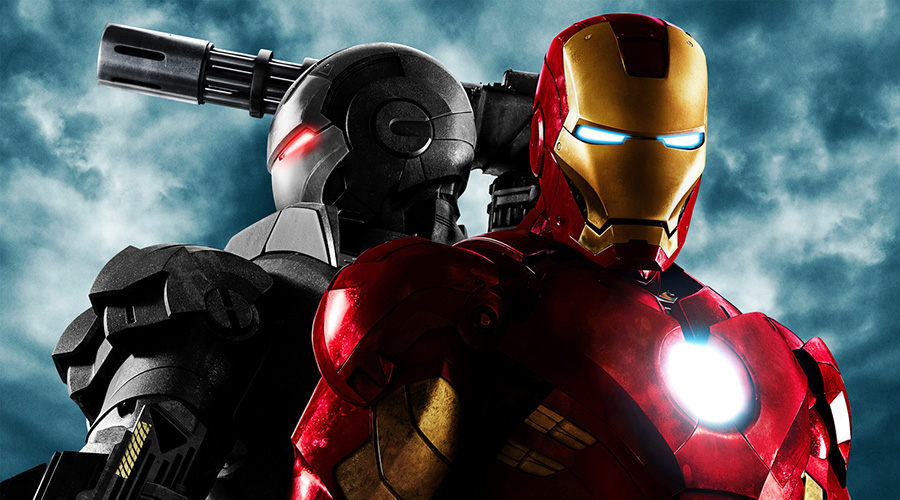 Is bigger ever better? The comic book adaptation industry is littered with a lot of debris and very few success stories (especially to hard core comic book fans). There are even fewer films in those franchises that get better as the numbers tacked to the end of the titles get bigger. So how does the second edition of one of the genre’s best success stories fare?

Iron Man 2 is certainly bigger, with an obviously enlarged budget, the film is packed with more expensive looking special effects and even more gratuitous over the top action. The film’s final duke-out is magnified as well with the addition of a very large number of baddies and an overabundance of explosive effects. The story also gets ramped up as we meet Tony Stark’s father (in flashback home movies) and get some welcome insight into his childhood.

Some of the relationships from the first film are also developed slightly with Samuel L. Jackson as Nick Fury and the film’s director Jon Favreau as Tony’s chauffeur, Happy Hogan getting more screen time. There are also a number of new characters that are introduced including Scarlett Johansson with tight black leather and a secret identity and Mickey Rourke as the new nemesis, Ivan Vanko. The film is certainly not resting on its laurels with characterization.

The film tries its best with a back-story of military intervention, the budding romance between Stark and his personal assistant Pepper Potts (Gwyneth Paltrow) and Iron Man having to face his own mortality. It’s just that with this mad rush into impressing audience members with its bigger is better attitude, it loses a lot of the charm and swarm that made the first edition so memorable.