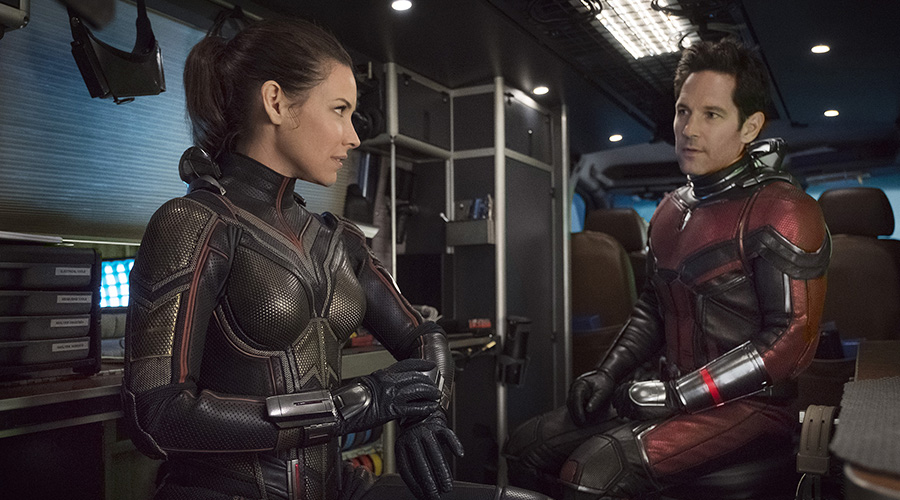 Ant-Man and the Wasp Movie Review

The original Ant-Man film occupied a fairly unique niche in the Marvel Universe. It was considered by many to be a minor addition with an eye towards humour and not overwhelming spectacle. Ant-Man and the Wasp continues in that direction and it’s a welcome consistency.

After the intensity and dark nature of Avengers: Infinity War, it’s a relief to have a MCU film that doesn’t take itself too seriously and places a high value on humour and ease of consumption. It’s not completely divorced from company direction though and the coda at the end of the film puts things in perspective (so stay till the very end.).

Paul Rudd is back as Scott Lang (AKA Ant-Man) and he still plays the role mostly for laughs but does rises to the occasion in the hero stakes when needed. Through a plot device better seen in the film than described here, he and Hope Van Dyne AKA the Wasp (Evangeline Lilly) are sharing a time out. Their reconnection is large part of the film’s charm.

It’s a big universe out there and there is plenty of room for an addition to the franchise that has light heartedness at its core. Ant-Man and the Wasp is unchallenging and all the more fun because of that. It’s also an enjoyable addition to the recent heavy going.