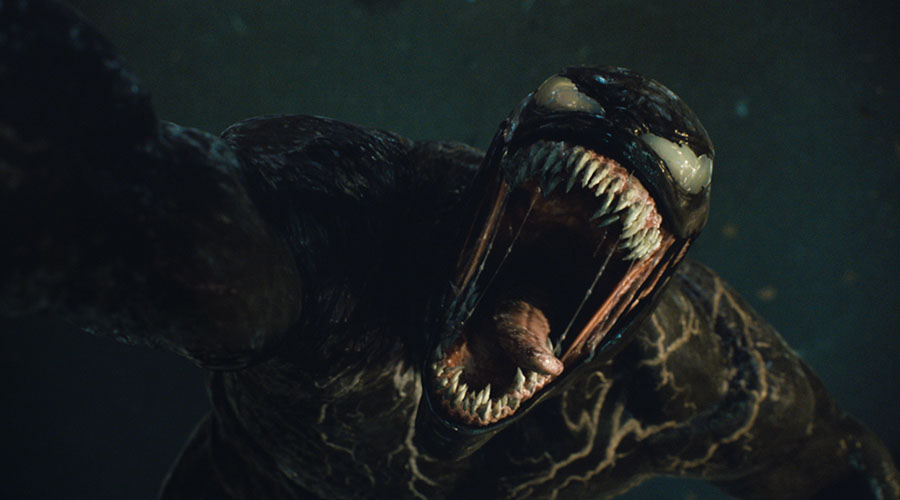 Almost everyone has one of those friends in their group. You know the one, loud obnoxious, no filter and always the first to find trouble. Eddie Brock (Tom Hardy) has one that personifies that statement. It also doesn’t help that said friend actually lives inside him and oh did I mention he’s also an alien.

Picking up where the first chapter left off, Venom: Let There Be Carnage highlights the difficulty of experiencing life with a foreign body fighting for control for your body and mind. The forced partnership is played mostly for laughs as this modern day odd couple get drawn into the twisted world of serial killer Cletus Kasady (Woody Harrelson).

Harrelson has not been this over the top since playing Mickey Knox in Natural Born Killers. His partner in crime Frances Barrison, is played by the almost unrecognisable Naomie Harris. Through circumstance Kasady gets to host an alien of his own and this leads to a titanic battle between well, almost every cast member.

This major skirmish exists almost completely in the world of computer generated imagery and some of the visual effects are quite impressive and more than a little repulsive. It’s a good thing the visuals are so striking as there is an almost complete absence of story and plot line. This film exists solely for the thrill of the battle and the humour of the leads. Laughs and a kick ass battle rule the day.