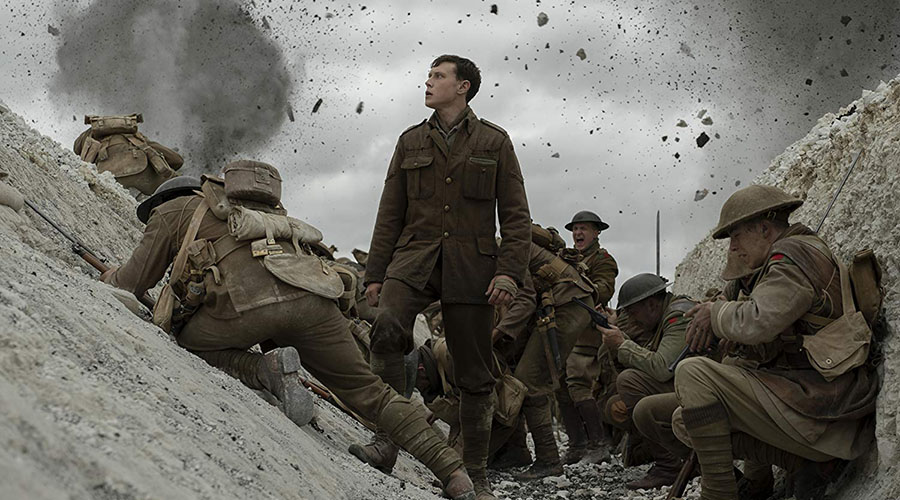 In a career that has featured some amazing highlights, 1917 is writer/director Sam Mendes’ most complete artistic statement. It is a flawless film that succeeds on every level. Technically, it is brilliant but its most lasting impression is an emotional one. It elicits this response not through mere audience manipulation but through an honest emotional response.

The set design feels absolutely authentic, as does the costume design and make-up artistry. The film score also hits just the right notes. It is never cloy or overly intrusive and succeeds at keeping you on edge the entire time. Cinematographer Roger Deakins also continues his amazing run with Mendes with some of his most nuanced work to date.

The story was inspired by a tale told to Mendes by his paternal grandfather, Alfred Mendes. It involves the almost impossible journey by two young British soldiers, Blake (Dean-Charles Chapman) and Schofield (George MacKay) through enemy territory to the front lines. This was done to warn of an impending military action that would have ended in disaster.

Taking full advantage of what is offered by the modern cinema experience, with its big sound and big screen, 1917 is the art of film at its highest level. Many have stated that all war films are anti-war films and this work provides a strong statement to that axiom. So many died horribly in those sodden trenches during World War One for what ultimately amounted to just lines drawn in the sand.