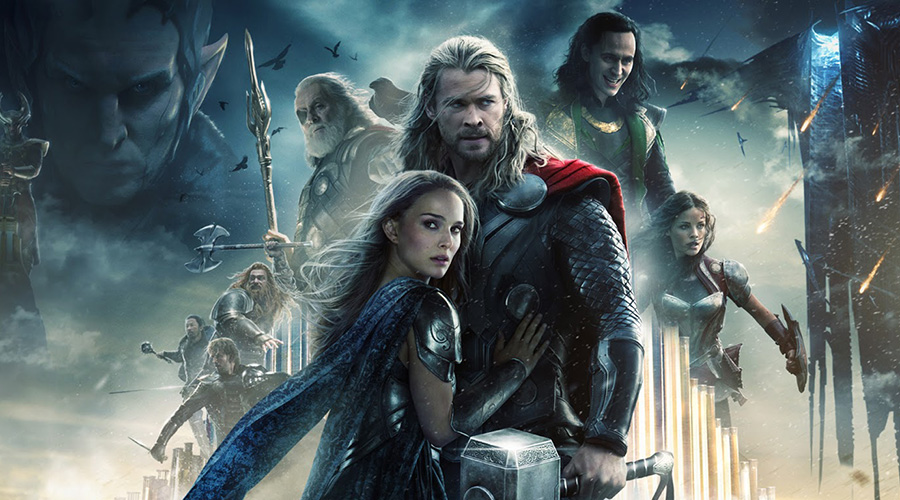 Joss Whedon has no explicit connection to Thor: The Dark World but his hand can be felt. The dialogue contained within is distinctly Whedonesque which helps to keep the fun factor elevated and rescues what would otherwise be a fairly moribund movie.

Thor: The Dark World is not as interesting as its predecessor and that film was by no means the best of The Avengers tie-in prequels. From frost giants in the first film to dark elves here, the villains are getting smaller and so is the scope of the films. This is a stock action CGI fantasy where nothing new is learnt about any of the characters; it’s merely goodies versus baddies, albeit presented in a slick and entertaining package. The 3D presentation makes little use of depth and is unworthy of the ticket premium.

After sitting the game out in The Avengers, Natalie Portman (Jane Foster) returns and is shoe-horned into the action by some amazing strokes of coincidence (which is never satisfactorily explained). Tom Hiddleston (Loki) scores the most interesting subplot and Kat Dennings (Darcy) steals every scene she’s in. Chris Hemsworth flexes his pecs once or twice (or maybe even thrice) and fulfils his obligations to the project.

Suffering from sequelitis, Thor: The Dark World is saved by token of its fun factor and, like its predecessor, is a harmless piece of fluff (but not quite as good).