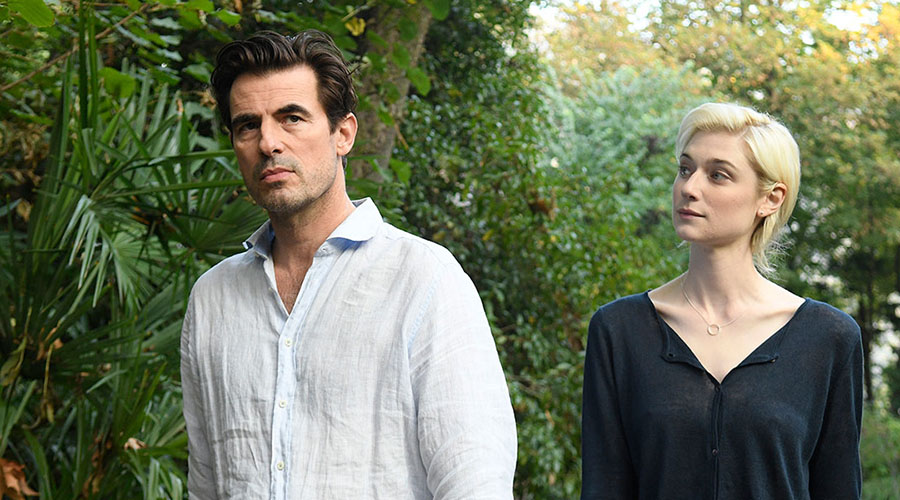 Set in the smarmy world of big money art, a world run by folks with even bigger egos, The Burnt Orange Heresy exists in the shadow of Alfred Hitchcock. It lulls you with pretentious prattling before it delivers a vicious blow to your senses and illustrates once again that humans are capable of extreme darkness in their thoughts and actions.

Claes Bang (TV’s Dracula) is James Figueras, a failed artist who now earns a crust by lecturing tourists about some of the world’s great art pieces. When he is hired by super art dealer, Joseph Cassidy, played with an elegant level of amorality by Mick Jagger to steal a painting for him, Figueras sees his entry into those rarified waters.

Along the way, his path crosses with Berenice Hollis (Elizabeth Debicki), a small-town girl trying to feel alive by a visit to the wild side. She gets pulled into his sphere and also helps him unlock a relationship with Jerome Debney (Donald Sutherland) a world-famous and reclusive painter, who is Figueras and Cassidy’s intended target for the art theft.

Ultimately Figueras is ill-prepared for the consequences of his actions and his slow disintegration at film’s end is a highlight and leaves much open to the audience. Contrasting vainglorious speech with gritty human behaviours gives The Burnt Orange Heresy a multidimensional look at a rarified world filled with more villains than heroes.