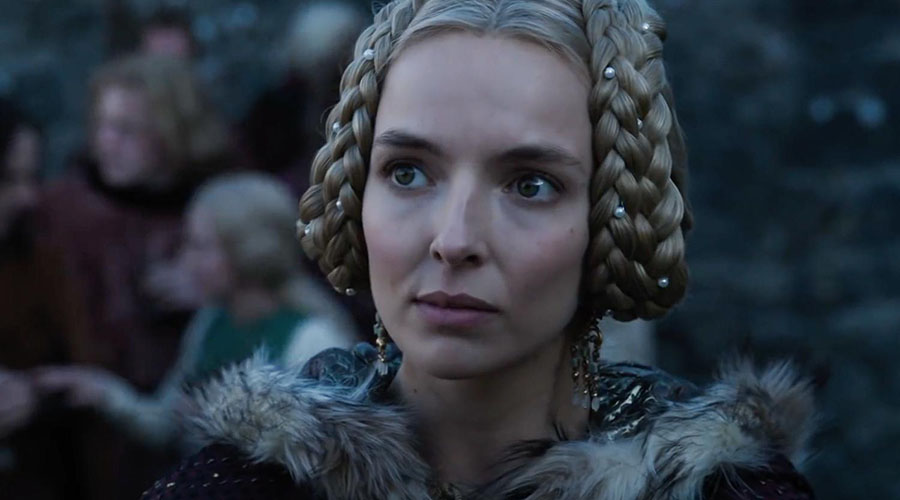 Epic in scope, The Last Duel tells its tale from the vantage point of its three main protagonists. The film’s title refers to one of history’s last Royally sanctioned duels to the death and it’s a brutal affair. The visuals are very effective at setting the time frame as are the costumes and set designs.

Matt Damon is Sir Jean de Carrouges, a knight who marries Marguerite (Jodie Comer) to shore up his flagging finances. She soon bears witness to being sexually assaulted by Jacques Le Gris (Adam Driver) and sets into motion a conflict between the two former friends that ends in a duel with deadly consequences.

Splitting the film into three distinct chapters allow you the viewer to make up your own mind about the events that have occurred and highlights how male and female perspective can sway opinion. It also shows how hard the times were for women in the fourteenth century. Director Ridley Scott doesn’t hold back with the brutality and the final fight scene is very graphic in its savagery.

Male pride is shown to be the toxic entity that it is while the harshness shown towards women at that time is also engrained in the storytelling. The film feels like it’s from another time with its expansive sets and elaborate scenarios. After experiencing more than a few smaller and more personal films that are filling the cinemas at the moment, it’s great to have a big bold tale blazing from the silver screen.
Rob Hudson
www.facebook.com/20thCenturyStudiosAUNZ/