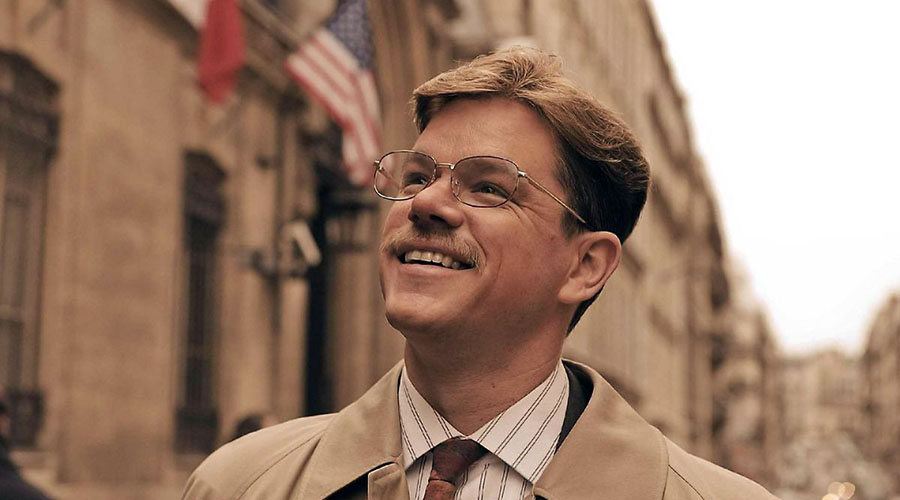 Quite a few funny things happen while you watch The Informant. You usually laugh when the filmmaker wants you too, you laugh a lot at Matt Damon’s bad rug and subsequent hilarious comb-over and your feelings about the central character played by the above mention actor constantly change.

Damon plays the real life Mark Whitacre, a highly paid executive in the food chemicals industry who blew the whistle on a long running scam on price fixing and at first you just think he’s just slightly eccentric but amusing. Then you think he’s on the way to being crazy but still likable. However by the end of the film, you can’t really stand him and think jail is really an appropriate home for such a bat shit crazy man.

Most of the film’s humour comes from the completely random thoughts that rattle around in Whitacre’s head, these being relayed by Damon’s narration that runs throughout the film. Every other cast member is basically playing the straight man except Whitacre’s wife played with perfect timing by Melanie Lynskey.

Compared to other projects by Steven Soderbergh, especially his Che films, this work feels a bit lightweight even though some of its themes are deadly serious. Soderbergh has supplied enough funny moments to carry the film but having his main character give you so many conflicting emotions is a sometimes strange and not altogether pleasing sensation.