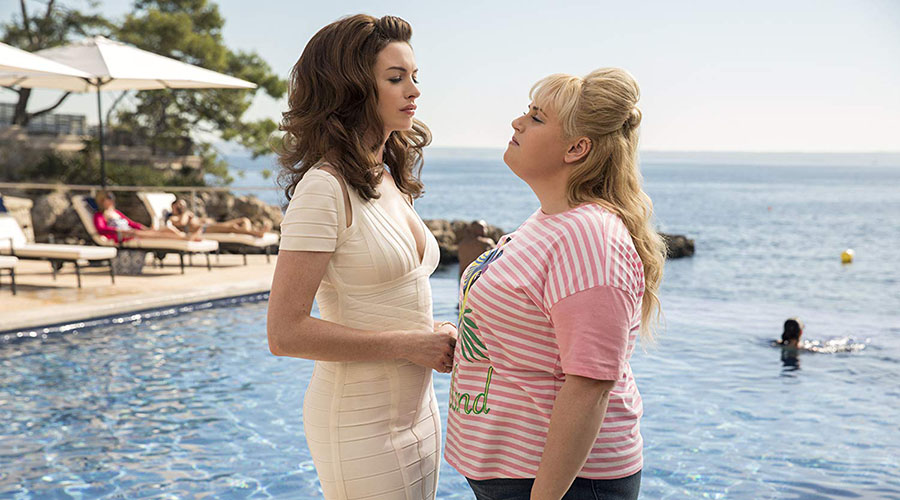 Who doesn’t love a good con movie? The past is littered with fine examples of pulling the wool over the audience’s eyes and try as it might, The Hustle comes up a bit short in that department. It’s stars are very bankable, they are just not given enough good material to really cut loose.

Rebel Wilson carries a lot of momentum into her comic roles and she is given the majority of the humorous bits but the script gives Anne Hathaway little to do. Her crazy foreign accents while funny at first, loose their appeal rather quickly and other than that, she becomes mere eye candy.

In the first half of the film, the two work together on a con that becomes a bit repetitive before they then play against each other in a cinematic version of the con wars. This con involves a mark that is sympathetic to the audience but offers little more than that.

The film relies heavily on you buying into Rebel Wilson’s shtick of physical comedy. If you do, it will make enjoying The Hustle much easier. Also in the glorious tradition of a con being perpetrated on the audience as well as the on-screen victims, things are not over until they are over.