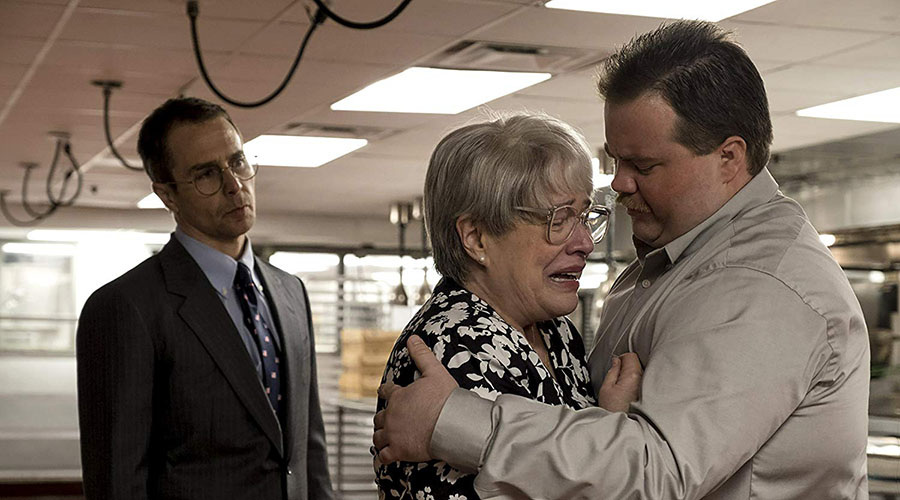 This scalding examination of the power that the US media and federal government wields, fits seamlessly in director Clint Eastwood’s current wheelhouse. His disdain for the erosion of what he sees as the true America with its sense of fairness and justice has given him a great story to tell with the true life tale of Richard Jewell.

Jewell was the security guard who was falsely accused of the 1996 Olympic Park bombing in Atlanta, Georgia. The FBI in a rush to solve the case came up with a profile and then twisted the facts to fit their created scenario. And even though Jewell was never formally charged, the media picked up on the story and he was tried, convicted and sentenced in the press.

Eastwood’s direction is even handed and Paul Walter Hauser (I, Tonya and BlacKkKlansman) delivers what is by all available information an accurate portrayal of Richard Jewell and his calm demeanour but his almost complete lack of outrage over the false accusations drain the proceedings of drama. Even if this element was faithfully presented, we as an audience, right or wrong, have come to expect more fireworks and drama from these miscarriage of justice stories.

Without the overstatement of anger, what we are left with that makes an impact are the close ups of the relationships that Jewell had with his mother (played by Kathy Bates) and his lawyer Watson Bryant (Sam Rockwell). Both Bates and Rockwell are outstanding and provide the emotional core of the movie. As an exercise in acting, Richard Jewell is top shelf, as a damning demonstration of the excesses that both the media and the FBI are capable of, the film is less engaging.