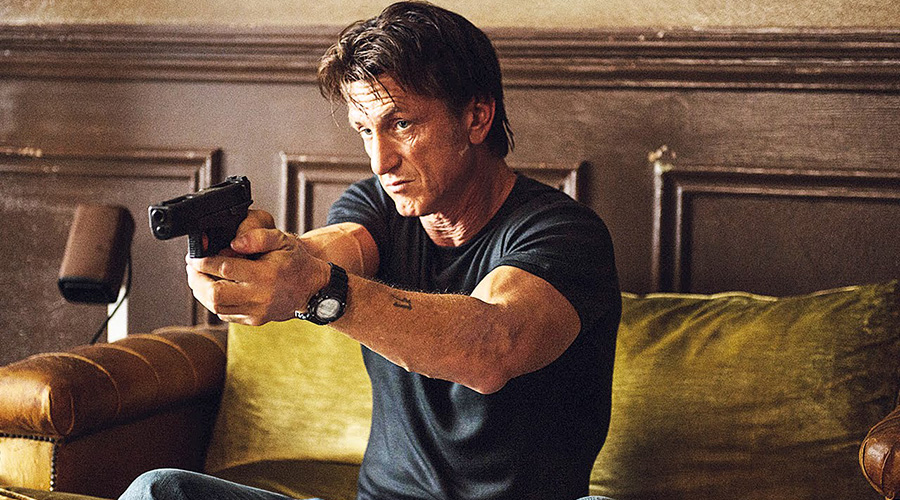 Trying to line up the ingredients to start a successful movie franchise is a non-exact science. With the success of the Taken series of films (featuring the unlikely action star Liam Neeson) French director Pierre Morel now tries his luck with Sean Penn and his new film The Gunman. The film is based on the best seller by the late French novelist Jean-Patrick Manchette.

Standing in for Neeson this time out is the now craggy faced Sean Penn, who looks like he spent considerable time in the gym while preparing for this role. He plays Jim Terrier, an overseas mercenary with a dark secret and a love interest in Annie played by Italian actress Jasmine Trinca. Through circumstance they become separated but the tie of love warrants a future reconnection.

There are more notable moments of interest amongst the cast members like Javier Bardem sporting normal look hair or Idris Elba getting to test run the initials J.B. than there is in what is a very predictable script. The lack of discovery in the storyline is unsuccessfully remedied by a ramp up of excessive and graphic violence.

The Gunman does however have it moments. Little expense is spared with its overseas location shots so it looks great and the action scenes, while predictable are never less than exciting. When you add up all the pieces, you get a modern revenge scenario that will only become an institution with public support and this time out that seems a stretch.