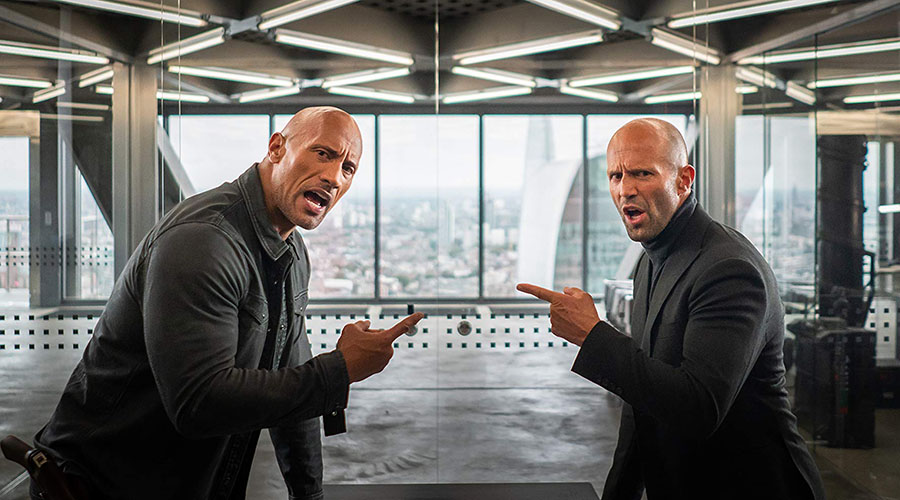 An off shoot of the Fast & Furious franchise, Hobbs & Shaw is a big film. It’s filled with big movie stars, big action, big cameos and a big avoidance of the law of physics. In many Spinal Tap moments, it ramps up the action to twelve and proves nuance has well and truly left the building. Fists fly, things get blown up and a good time is had by all.

Luke Hobbs (Dwayne Johnson) and Deckard Shaw (Jason Statham) who are sworn enemies must once again team up to save the world. The two alpha males try to out do each other at every step and seem to be receipting from a script written in all caps. The film’s big baddie Brixton, played by Idris Elba also gets in some juicy lines. Add the femme fatale Hattie (Vanessa Kirby) to the mix and you have a cast with some serious fire power.

It’s great fun to watch them verbally spar during the few moments they are not beating the crap out of each other or dodging bullets. The set pieces are extreme and when the live action doesn’t match the vision, there are always those zeros and ones. What little plot there is (something about a virus that will destroy humanity) does little to get in the way of the visual carnage.

The action runs rampant from beginning to end and if you don’t find escape from the world’s woes for at least 135 minutes, check yourself because you probably don’t have a pulse.