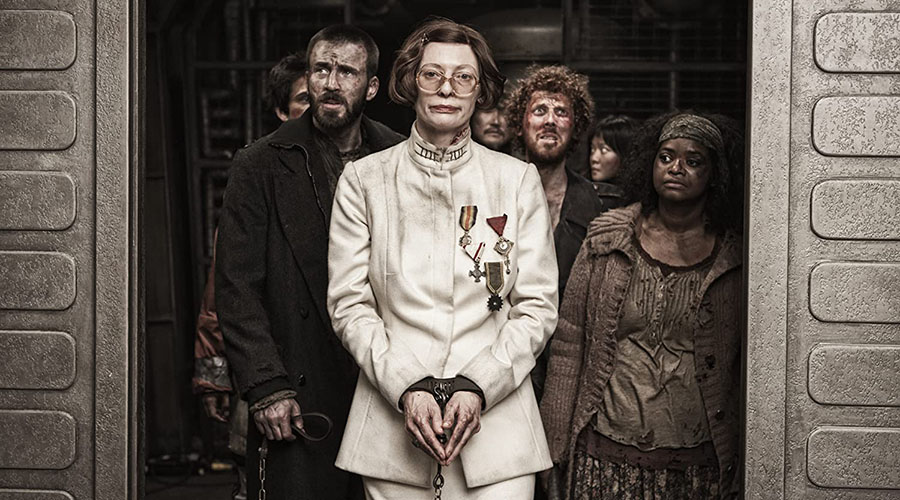 During these days of isolation, we are rewatching some of our favourite films and running our original reviews, see how well they’ve held up. The first in this series is Snowpiercer and the reviewer this time was the late great Fabulous Sebastian. You are missed my friend.

In 1982 a French graphic novel (that’s the adult term for a comic) postulated a world thrown into an ice age where the remnants of humanity are trapped on a train that never stops. Thirty years later we have an international film (Korean director Bong Joon Ho and ensemble cast) to take us on that ride.

If you thought peak hour trains were bad, wait until you see Snowpiercer. At the back of the train (1001 cars long according to the comic) are the underclass, given barely enough food to survive and used as breeders for the upper-class, who live in luxury at the front of the train, enjoying fresh food and entertainment.

The film details a revolution, where valiant souls from the rear fight their way through the train to find the engineer and the perpetual motion machine that runs the train through the lifeless world.

Snowpiercer does this by creating a post-apocalyptic dystopian future where the train is a microcosm of today’s world. It’s a ride worth taking, but remember to ignore the parts that make no sense (just like you do in the real world). I look forward to The Asylum’s inevitable mockbuster.