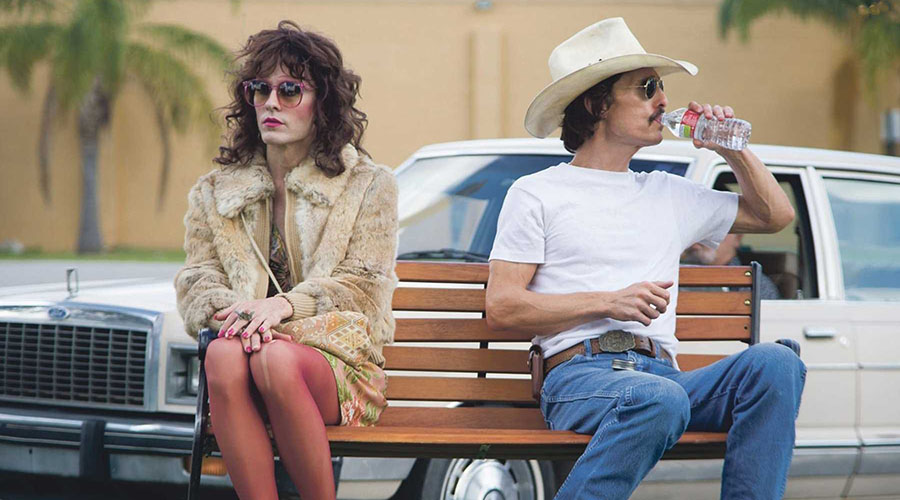 Now that the annual Oscar madness has run its course, we can now see some of the honored films in their true light. The Dallas Buyers Club, a film about transformation sees some amazing transformations from its cast members. Most notably Matthew McConaughey and Jared Leto who both walked away with the little gold man.

Back in 1993 when McConaughey starred in Richard Linklater’s Dazed and Confused as the twenty something loser David Wooderson, few would have imagined an Oscar in his future but the almost complete transformation of both his appearance and acting skills in Dallas Buyers Club is nothing short of amazing. From rom-com lite to serious leading man.

His character in DBC, Ron Woodroof is a homophobic rodeo cowboy past his prime who contracts HIV from heterosexual contact with a lady of the night and thus begins his transformation. He finds the medical hypocrisy in regards to the drugs used for treatment at that time (mid-eighties) overwhelming and starts his own importation and distribution company. His transition into a more understanding and humane person is handled in a timely and incremental way and this really helps in the film’s believability.

The Dallas Buyers Club is a film that is not always easy to watch but it gets under your skin and stays in your memories long after the final credits have run. Its key performances redefine its main actors roles in the Hollywood hierarchy and the story is one of importance. In a year gone by of stand out performances, the accolades given in this case are entirely justified.