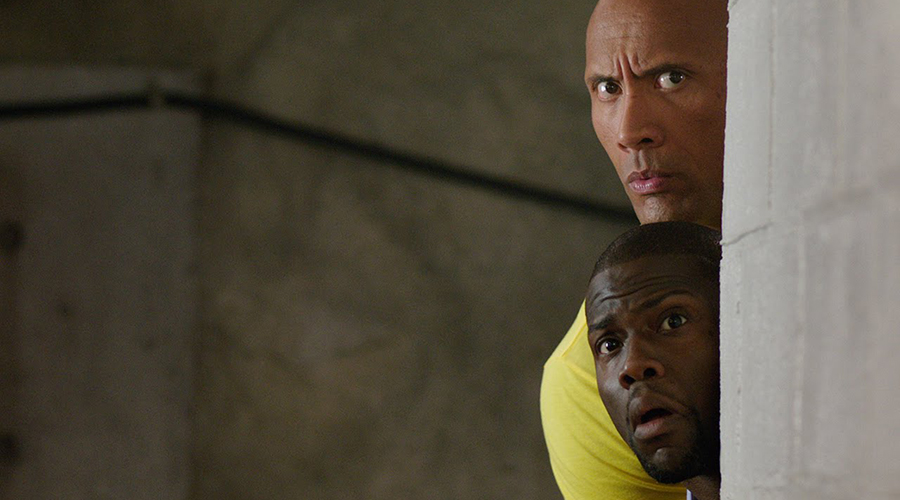 Contrary to its advertising slogan, this is a comedy with a big heart and a big Johnson. Dwayne ‘The Rock’ Johnson is gloriously unafraid to play the uber geek (similar to his role in Be Cool) and comedian Kevin Hart is comfortable playing the straight man this time. Having the two main characters play counter to their usual day jobs is a winning formula.

They get to ply their trade delivering a script that doesn’t have a mean bone in its body. It’s quite refreshing to experience a comedy that doesn’t resort to the usual snide and put down ethos that seem to dominate the current crop of movie comedies.

The set up is certainly silly. Overweight high school geek returns as super buff superman CIA agent (who loves the film Sixteen Candles) and reunites with the only fellow student that treated him with any decency. Together they reconnect and save the world, of course!

Few comedies of recent memory have been this funny while also being this sweet. It was also cool to see Aaron Paul drop in the Breaking Bad phrase while playing the bad guy.