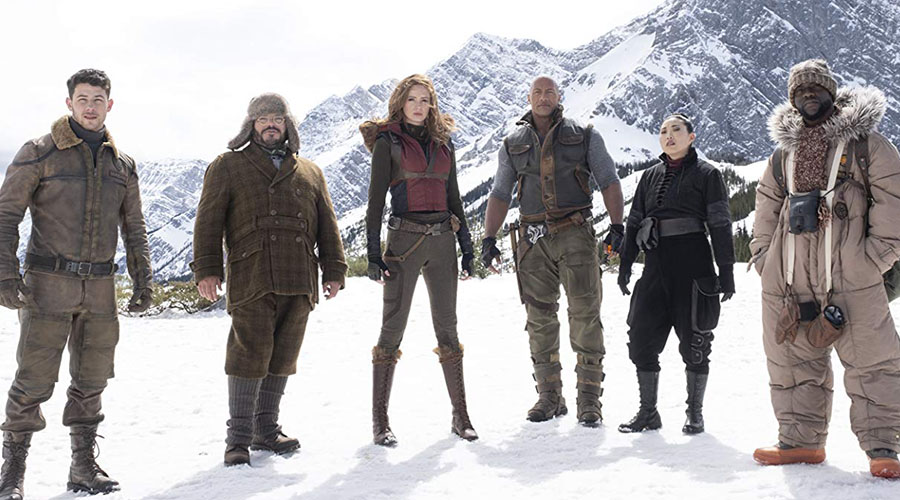 Jumanji: The Next Level Movie Review

Just like pushing the reset button on a video game console, the newest edition of the franchise, Jumanji: The Next Level basically just starts the game over. They have tweaked some small elements of the story to liven things up and some of these changes work while others really don’t.

The film easily divides into two halves, with the less impactful opening stanza setting up essential the same storyline as the films that have come before but with a minor tweak that doesn’t really pay off. They add two new characters into game play, Eddie (Danny DeVito) and Milo (Danny Glover) and when Eddie is cast into the Dwayne Johnson character, the Rock just can’t do justice to the DeVito voice and his mannerisms.

Later in the film when Awkwafina takes over that role, the results are much more satisfactory. The second half is full stop better, with some very effective set pieces. A fun couple of fight sequences and a battle on a set of moving bridges with some vicious primates that is the hight point of the film. They also switch character’s voices back to the original lineup and this is much more compelling.

With this chapter, the concept feels like it’s getting a little bit long in the tooth. The script also needed more humour to give the actors more to do. Next time out the studio needs to advance the story with some major revisions and a stronger screenplay. As it is now, the film’s first half slows things down until you reach the payoff of the second half.