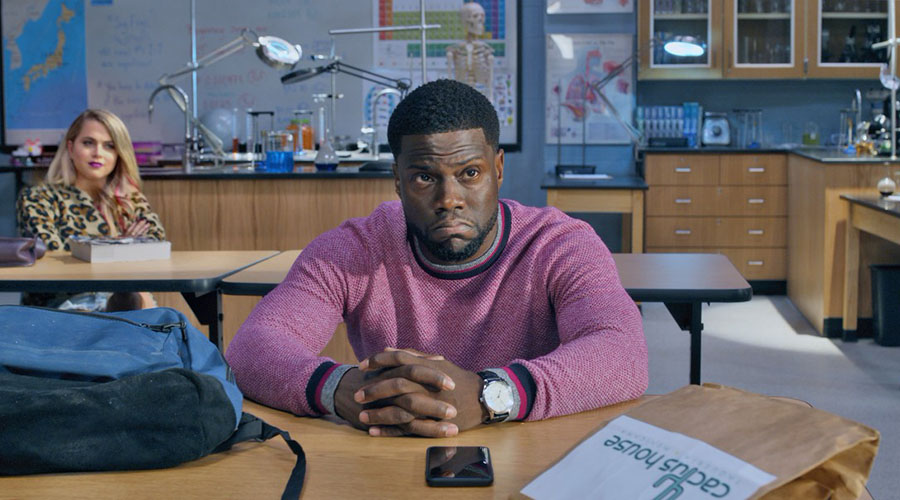 If ever there was an example of comedy holding together a wayward project, Night School is it. The story is woeful but the overall experience of the film is actually quite entertaining. It is a admittedly guilty pleasure.

The film’s most valuable player is Tiffany Haddish, who carries every scene she is in. The woman is just plain funny. The story as slight as it is revolves around Kevin Hart’s character who was a high school dropout that goes back to school to get his GED. Haddish is his teacher and the leader of the misfits that make up the night school class.

The comic moments while inconsistent, have a decent strike rate and when they truly deliver, it fills the room with laughter. The cast is filled with familiar faces and it’s fun to mentally figure out what other comedies they have featured in. Even though Hart gets top billing, his part is the least well written.

These aren’t MENSA level laughs but the film does know how to connect with an audience and Haddish is pure comic gold. Laughter is a fine form of escapism and one that we need now more than ever.