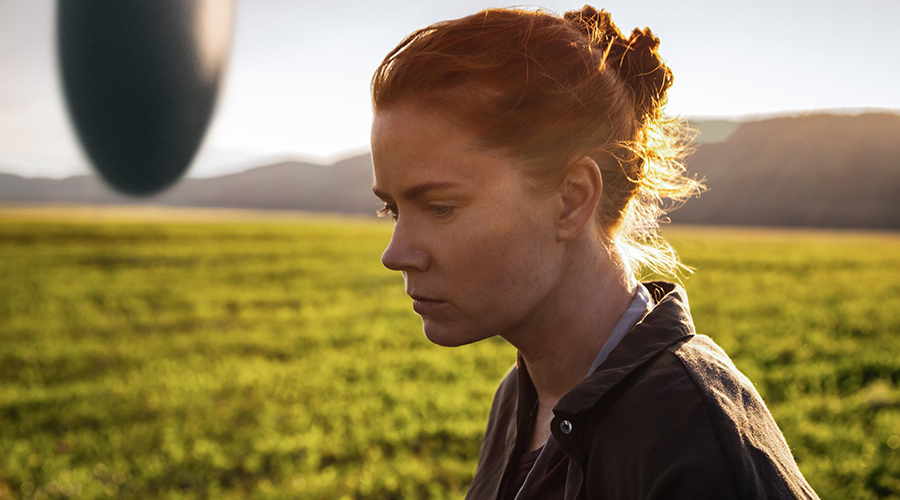 Director Denis Villeneuve (Sicario, Enemy and Prisoners) dips his toes into science fiction waters with successful results. Arrival touches on a few subjects than many sci-fi fans hold near and dear; life on other planets and time travel. The resultant film is a taunt and exciting thrill ride. It might unfold at too leisurely a pace for some but the thoughts behind it are consistently engaging.

Amy Adams is Dr. Louise Banks, a linguist expert that the government recruits to help communicate with one of the alien entities that have arrived at twelve points around the globe. She is the soul of the story. Joining her is Jeremy Renner as Ian Donnelly, a theoretical physicist with a very well developed sense of wonder about the world.

The story is told in a non-linear manner and subsequently every scene must be paid attention too. The film is also shot with a very subdued colour palate and it adds to both its creepiness and the requirement to remain aware. The cast is quite small; so all the players are given a lot to do.

For a genre that is so hit or miss on the big screen, Arrival only looses its footing on rare occasions. There are a few bits of dialogue that could have easily been left on the cutting room floor and the film somewhat squanders a perfect point to end by overstating a point already made succinct. These are minor squabbles as overall the film is story telling as a very high level.