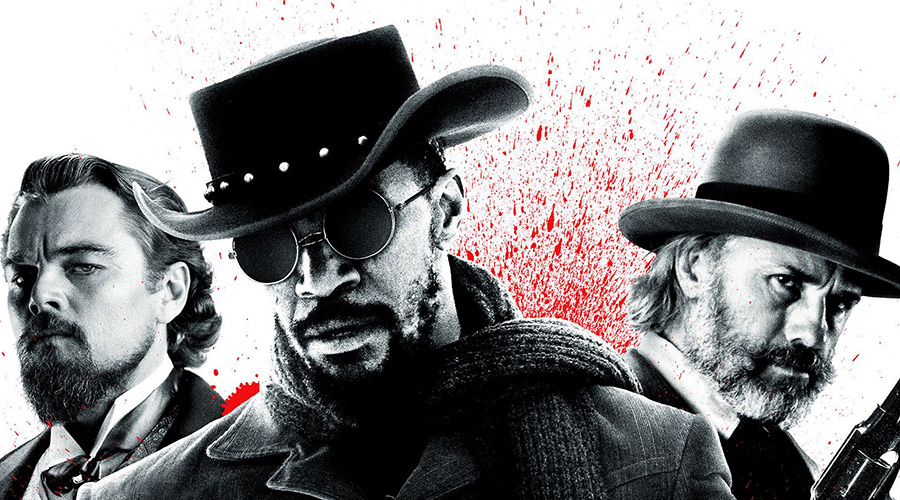 With the rambunctious Django Unchained, Quentin Tarantino can lay claim to being back on top. His latest slice of revisionist history is satisfying in almost every way (as long as you’re not a history major). His mastery of the modern day movie cycle is also very much intact. He has always known it’s hard to miss someone when they never go away.

When the rumours of Tarantino tackling the Western genre first surfaced, what a hundred years ago, it provided a number of great movie conservationist’s topics. Could his make cowboys look and sound cool? Could he recharge careers and get superlative performances from his regulars? Could he make an increasingly jaded audience stand up and cheer? In almost all categories the answer is a resounding yes.

Few are unaware of the film’s basic synopsis after another nuanced series of trailers but suffice to say Tarantion molds both history and a take on slavery into a very modern tale. Jamie Foxx gets to become the ultra badass he always seemed capable of, Christoph Waltz continues to place focus on how criminally underrated actors from anywhere other than America actually are in big budget bonanzas and Leonardo DiCaprio chews up and spits out every line of his dialogue, which culminates in a ferociousness not seen from him in a long time.

Django is a long, wordy trip down the memory lane of one of modern cinema’s most iconoclastic auteur and it’s a joy to behold. One wonders where Tarantino will go next but rest assured we will have a long time to ponder it.