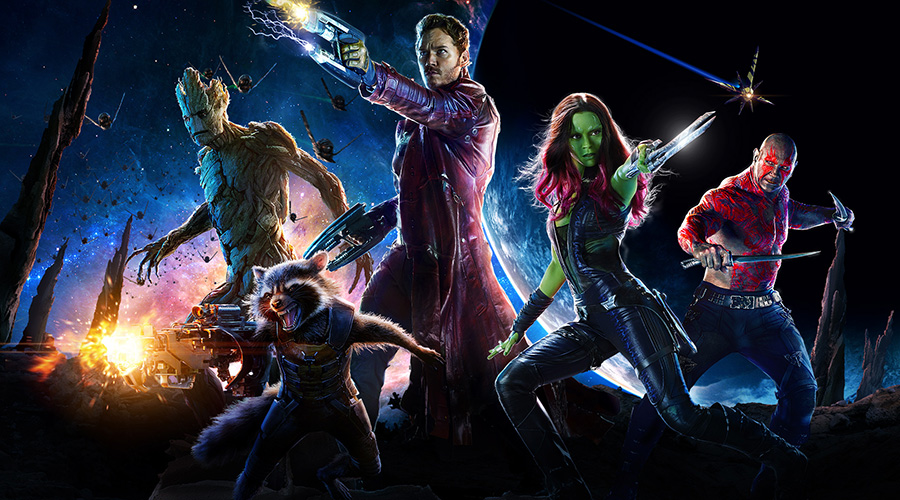 Guardians of the Galaxy – a second movie review

The latest entrant from Marvel Studios is a fairly typical affair in the plot department – stop the bad guy from obtaining the McGuffin which would enable him to enslave the universe blah blah blah with the fully expected showdown finale in which the good guys naturally, narrowly win (sorry for spoiling the ending).

Where the film hits its stride, though, is in the painting of its characters – which are a marvelous, dysfunctional and irreverent bunch of varying galactic species with individual agendas converging on a common goal of claiming the reward on a valuable artifact, oh, and maybe saving the galaxy.

Bradley Cooper is wonderful as the feral, sentient raccoon, Rocket. Chris Pratt’s Peter Quill (AKA Starlord) is a good, funny, charismatic hero. Vin Diesel is mostly MIA as the tree creature, Groot, and Zoe Saldana provides some jade eye candy and sass as the honorable assassin, Gamora. It also has John C. Reilly and Glen Close in perfunctory supporting roles.

With such a great eclectic gaggle of characters it’s a shame they don’t have something more interesting to do but it sure is fun watching them do it. But, sadly, when the action ramps up, the character interactions ramp down and the film is far less interesting. If it were closer to 90 minutes it would be all the better for it as the meager plot creaks a little under its given 120 min running time.

But, on the whole, this is a very entertaining movie with a great set of characters and will possibly become a more interesting story when it meshes with The Avengers in a future project.
Stuart Jamieson
www.marveluniverse.com.au