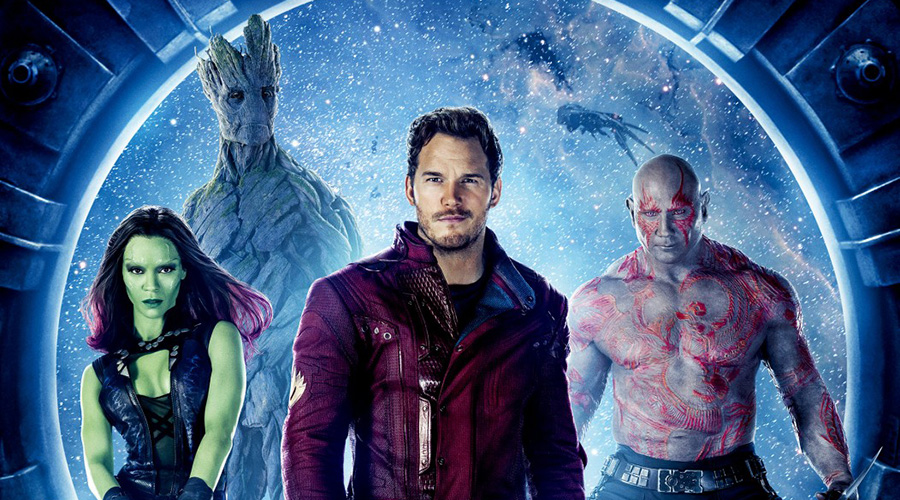 Guardians of the Galaxy Movie Review

By the time you read this, Guardians of the Galaxy will already be big. It opened big in the US and the pre-screenings here in Oz were packed as tightly as the Hulk’s pants.

And all this for a superhero team that not many people know, and the first Marvel film not to feature one of the Silver Age group of characters created by Stan Lee.

The Guardians are a bunch of undesirables who find themselves fighting together to prevent one of the Infinity Stones from reaching Thanos. If that all sounds a little crazy, then welcome to the Marvel Universe (not just Earth, or Asgard, or wherever it is that Agent Coulson buys his suits) where universe destroying gems and intergalactic, death obsessed super villains are the norm. The preposterous synopsis hides an entertaining film.

The Guardians are in the vein of Blake’s 7 or, for the people born after the 70’s boom of more realist and thoroughly depressing science fiction or even the crew of Serenity, except they are substantially less human. Chris Pratt is Star-Lord (possibly human, maybe more), Zoe Saldana is the green Gamora (known in the comics as ‘the deadliest woman in the whole galaxy’), professional wrestler Dave Bautista is Drax the Destroyer (more than just muscle), Bradley Cooper lends his voice to Rocket (a gun toting raccoon), and the wooden acting of Vin Diesel is put to good use as he voices an anthropomorphic tree called Groot (Vin’s never been better). The big bad, Thanos (Josh Brolin moving from DC to Marvel), is seen little, leaving his minions Lee Pace (as Ronan, the least interesting aspect of the film) and Karen Gillan (as the slightly more interesting Nebula) to do the dirty work. Better villainy comes from Michael Rooker (doing what he does best as Yondu Udonta).

Director and co-writer James Gunn has a history in irreverent comedy. His early work includes Tromeo and Juliet (for the legendary Troma Entertainment) and The Specials (who as a team of less than exemplary superheroes, not the band, may have been something of a dry-run for this film). He also wrote the Scooby Doo movies, but don’t hold that against him, and that experience has helped him create a PG film from a comic that is generally anything but.

The questions I have already seen on social media include “Is it better than Star Wars” and “Is it better than The Avengers”. The answer, quite obviously, rather depends how much you like those films. Like the two films in question, Guardians has brilliant dialogue and interplay between characters hesitantly working together, coupled with enough action scenes to satisfy the teenage boy in all of us. See the film for yourself and decide which is better. I am certainly looking forward to seeing Guardians again, at my earliest convenience, and that is the best recommendation I can give it.