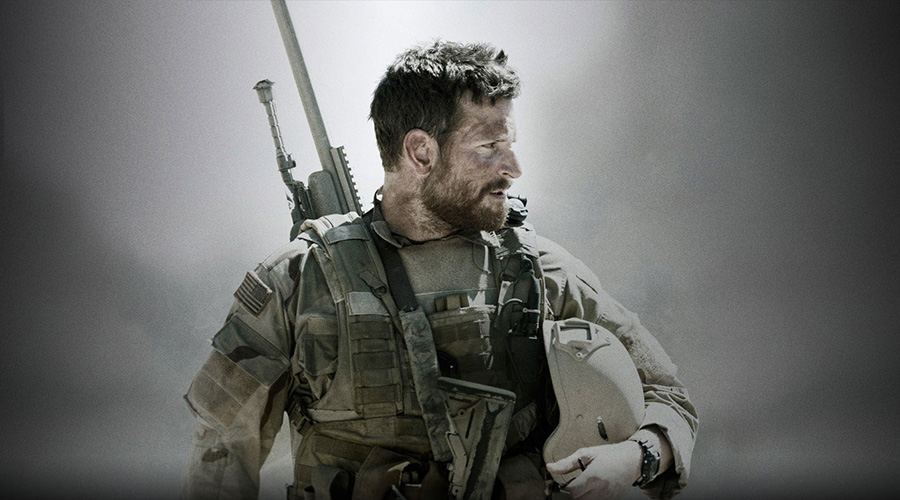 War is hell and so is watching war movies because no matter how heroic they strive to be, they almost always end up filling the screen with death.

Clint Eastwood’s take on Navy Seal Chris Kyle’s (Bradley Cooper) autobiography certainly sets a scene of dread and foreboding as we follow Kyle and his descent into the war in Iraq.

Kyle is a good old boy from Texas, a former competitive cowboy and a very proficient marksman. His entry into the service is spurred on by the events of 9/11 and his upbringing with a very strong and opinionated father. This background is revealed is very broad strokes and lacks the nuance to really allow the viewer to relate to his on-screen character.

Once in the war zone, Kyle’s alpha male persona, the bleached out backdrop of the desert and the relentless graphic slaughter present such a one-dimensional portrait, it becomes difficult to connect with the film. His distance from his wife (played by Sienna Miller) and the obvious love she has for him also forms a very one-dimensional view. It’s not really until after his active service years that we see Kyle as anything other than a killing machine.

Being completely unaware of Chris Kyle’s real life story made the sting in the tail at the end of the film just that much more of a downer. Eastwood’s directorial style has always been to step out of the way of cinematic flourishes and let the main proponent’s actions define the story. Unfortunately, this time out that leaves the viewer with too much carnage and not enough characterisation.
Rob Hudson
www.americansnipermovie.com