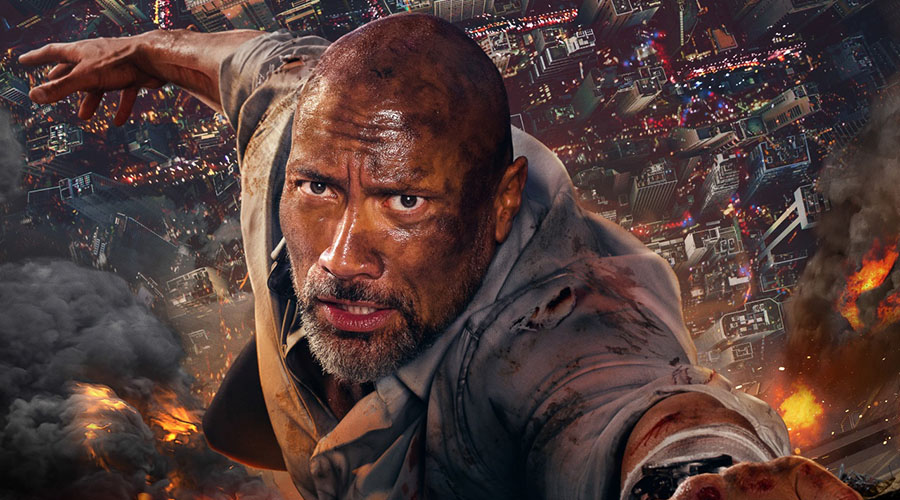 It takes a huge canvas to accommodate a huge actor and few films or stars are bigger than Dwayne Johnson and Skyscraper. The action is as relentless as it is preposterous and the film provides 102 minutes of pure escapism.

The plot must have gone up in flames during the fire that burns up the world’s tallest building as there are almost no details to get in the way of all the big screen action. The sets being both real and computer generated are also as impressive as the leading man’s muscles and they act as one of the stars as well.

Also of note in a nod to current times is finding out that the ultimate hero in the piece is actually Will Sawyer’s (Johnson) wife Sarah, played with real gusto by Neve Campbell. She gets to kick some serious butt.

This is the new generation’s Die Hard right down to the use of duct tape and henchmen with bad foreign accents. Is there anything that crazy silver tape can’t do? The only thing missing is the yule tide vibe of Christmas time and the fashion sense of Hans Gruber. We miss you Alan.