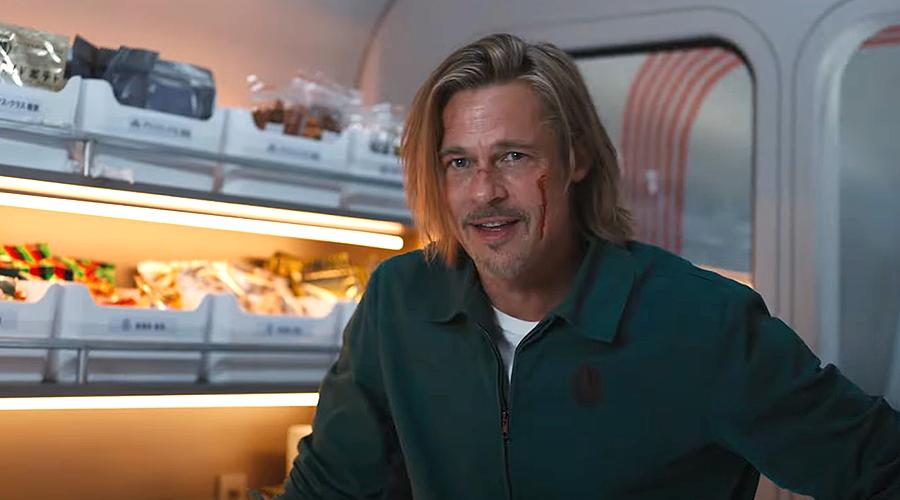 Director David Leitch has shown he has a sure-handed way with action and humour with projects like Deadpool 2 and Fast & Furious Presents: Hobbs & Shaw. With Bullet Train he uses almost every trick in his vast arsenal and ramps up the fun factor to stratospheric levels.

The set-up reads simply on paper but in practice continues to reveal multiple plot lines and characters until the very last moments of the film. It first focuses on Brad Pitt’s character Ladybug, a reluctant criminal who spouts a stream of zen-like sayings that wouldn’t look out of place on someone’s kitchen tea towel.

As things progress we meet an ever eclectic mob of killers and crooks and each has something new to offer backstory-wise. There is also a peppering of cameos that add to the variety. The violence is comic-book-like and increases in both gore and humour.

The pacing is supercharged with kinetic energy and ever-increasing in outrageousness and the two hours fly by. The final showdown when it happens brings things to a satisfying conclusion yet leaves you still wanting more. It’s been a while since a film of this type has left behind that feeling.
Rob Hudson
www.facebook.com/SonyPicturesAUS/