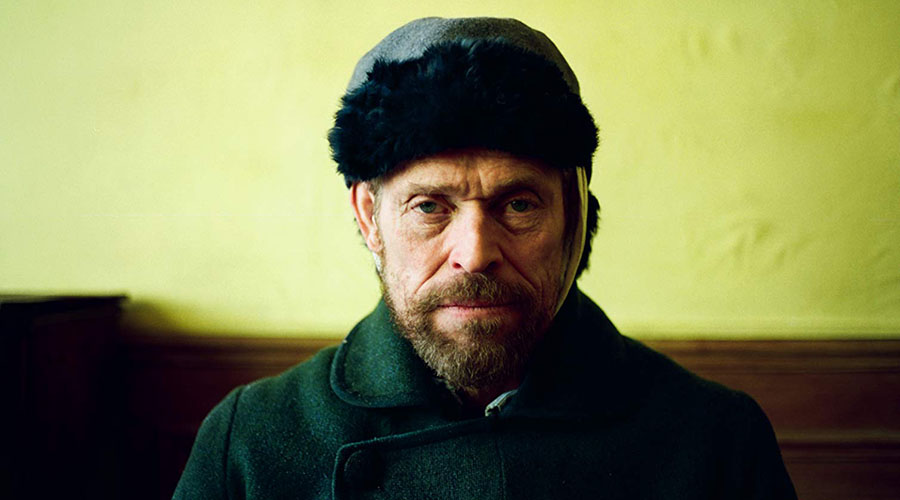 The statement that “great art comes out of great pain” has never been more clearly illustrated than with Julian Schnabel’s examination of the life of Vincent van Gogh, At Eternity’s Gate. Willem Dafoe’s performance as van Gogh is exemplary. Defoe has reached a point in his life and career that perfectly matches the role’s requirements. His now craggy face shows the necessary lines of experience and he has also become very adapt at conveying emotion with just a look.

Set during the final years of van Gogh’s life, when he resided in the South of France, it highlights his increasingly deteriorated grasp of his own sanity. Never famous or rich during his lifetime, he leads a hand to mouth existence via the financial and moral support of his brother Theo (Rupert Friend) and Theo’s wife Johanna (Amira Casar).

He is befriended by fellow artist Paul Gauguin (Oscar Isaac) and in his weakened mental state becomes overly dependant on him. As he draws further into himself and his art, he becomes perceived by the town’s peoples as a threat and soon becomes institutionalised. Throughout these times, the only real peace he finds is when he is painting, which he does in an ever accelerated pace and intensity.

The film’s impressionist look matches the artist’s output but at times draws a bit too much attention to itself but it’s a small quibble. The emotion impact is the film’s biggest take away. It’s very effecting while not always being that easy to watch. It’s art that is not always pleasant to view but leaves a lasting impression.